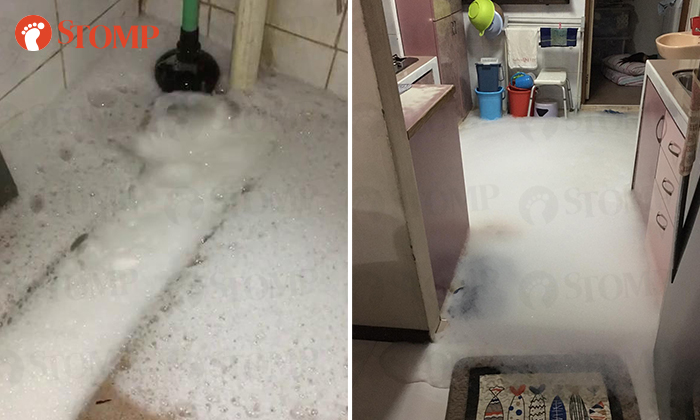 Marine Parade Town Council engaged a plumber after a Stomper shared photos of a flooding issue that occurred at Block 36 Chai Chee Avenue on Aug 31.

Stomper Lee, whose mother resides in a flat at the mentioned block, shared a photo and a video of the flooding that occurred in his mother's kitchen.

He told Stomp: "There has been a flooding issue in the kitchen ever since my mother moved into this flat in 1973.

"It floods at least once a year ever since upgrading works were completed in 1999.

"I called town council and they told me probably someone had dropped items into the drain, causing the flood.

In response to a Stomp query, a Marine Parade Town Council spokesperson said: "The town council is aware of the flooding issue that happened on Aug 31.

"We had engaged our plumber to conduct the flushing of main pipe on Sep 3, and found a brush lodged in the pipe.

"Since then, there were no reoccurrences of flooding within units.

"The town council would also like to take this opportunity to advise residents to be careful and avoid dropping or disposing items into the floor traps within their unit.

"We would like to thank the reader for his feedback, and we will continue to closely monitor this issue.