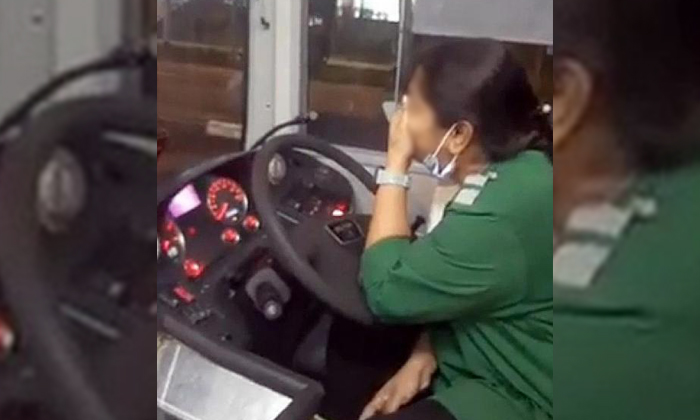 A video of a group of passers-by assisting a bus captain after she could not continue driving has gone viral.

According to the Facebook group Singapore Bus Drivers community, the Tower Transit bus driver broke down after she learnt that her husband had died.

In the video uploaded on Sunday, one of the passers-by, believed to be from a nearby block of flats, said they were alerted to the woman's plight after they heard her crying.

The incident took place at about 11pm on May 23 at a bus stop on Clementi Avenue 1.

The bus captain, who was driving service 189, could be seen sobbing and clutching a mobile phone, with a box of tissues placed next to her.

She appeared to be too emotional to continue with the journey.

In response to media queries, a Tower Transit spokesman said an officer was sent down to assist the bus driver.

The next bus that had arrived at the bus stop was not in a position to help as it was in regular service, the spokesman added.

He said: "Our officer arrived shortly after to assist her, while another one of our bus captains drove the bus back.

"It is a deeply painful time for her and we're going to give her our full support as well as the space she needs to grieve privately. We would like to thank the gentlemen who stopped to help her."