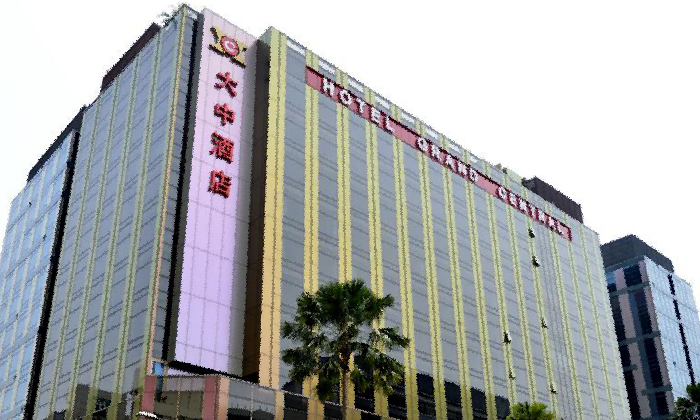 Aroused by the sight of his sleeping roommate, a male tour coordinator crept towards the man and performed a non-consensual sexual act on him.

The two Thai men were sharing a room at the Hotel Grand Central in Cavenagh Road when the incident occurred on March 27 last year.

The offender, Chalermnarong Namsri, 46, was sentenced on Tuesday (March 3) to 5½ years' jail with three strokes of the cane after pleading guilty to one count of performing a sexual act on the man without his consent.

The 24-year-old victim cannot be named due to a gag order to protect his identity.

He arrived in Singapore in March last year for a three-day sponsored trip with other participants to learn about business-related matters here.

Namsri, who also went along with the group, was tasked to liaise with tour guides for the participants.

The court heard that the two men did not know each other before the trip.

However, one of the tour guides later assigned them to the same room at Hotel Grand Central, where they occupied separate beds.

The younger man was sleeping at around 5am on March 27 last year when Namsri crept towards his victim and performed oral sex on him without his consent.

After a few minutes, the younger man stirred and pulled up his shorts.

Namsri was going back to his own bed when the man spotted him.

Deputy Public Prosecutor Grace Teo said: "The victim was shocked. He decided to take a shower to think about what to do.

"After his shower, the victim asked the accused how long he had been 'doing that' to him. The accused apologised."

The younger man left the room and met his cousin, who was also in Singapore at the time.

He told his cousin about what happened and they called the Thai embassy for advice.

The victim lodged a police report later that day.

On Tuesday, DPP Teo told District Judge Chay Yuen Fatt that Namsri had exposed the victim to the risk of sexually transmitted diseases by performing unprotected oral sex on him.

Urging the judge to sentence Namsri to at least six years' jail with three strokes of the cane, she added: "The accused took advantage of a situation where the victim was asleep and hence incapable of fending off the accused's assault."

For performing the non-consensual sexual act on his victim, Namsri could have been jailed for up to 20 years and fined or caned.