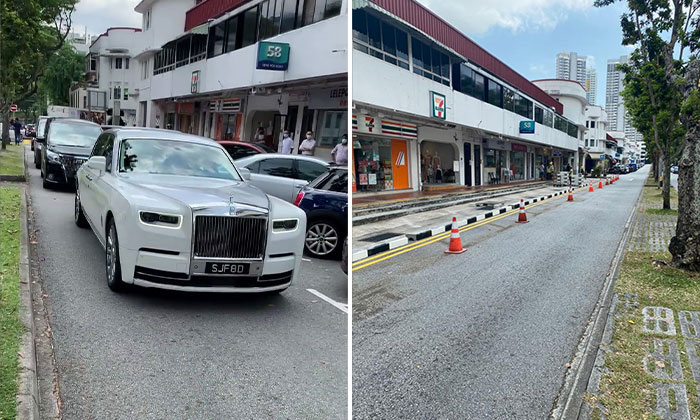 The row of parking lots along Seng Poh Road in Tiong Bahru that was the scene of a much talked about incident on March 24 has since been removed.

At least for the time being.

Photos posted on Facebook via the Tiong Bahru Estate community page on March 28 show the parking area along the stretch cordoned off to traffic.

According to the Land Transport Authority (LTA), the area will be repurposed to create wider footpaths and more green spaces.

It is part of a trial to make the Tiong Bahru estate more conducive for pedestrians and cyclists.

The Pedestrianisation of our hood has started. Traffic is expected to be a tad slower as drivers try to adapt to the new traffic flow. Please be patient and do not honk unnecessarily.

On March 24, Seng Poh Road was the scene of a dispute involving a Rolls-Royce driver who held up traffic along the road for more than 10 minutes as he felt a parked BMW was in the way.

A video of the incident, which shows another man arguing with the driver that he did indeed have enough space to move ahead, went viral soon after.

In case you missed the whole the affair, you can read about it and view the video here. 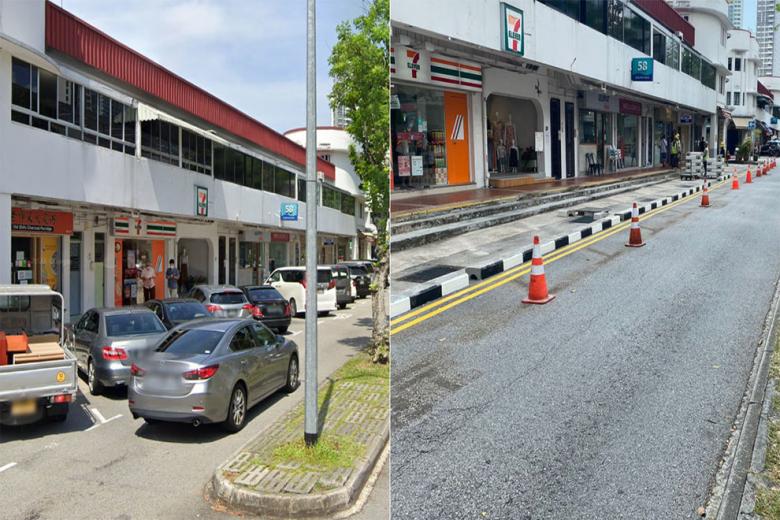 Contrary to what many would think, the move to cordon off the roadside parking spaces had nothing to do with the incident.

LTA had announced earlier in March 2022 that starting from the end of that month, they would launch a six-month trial to enhance community spaces and walkability in the Tiong Bahru area. (LINK)

It will conduct surveys to seek feedback from the community during the trial.