TikToker asks why 'old people' are so desperate for train seats: 'I've never seen one fall down' 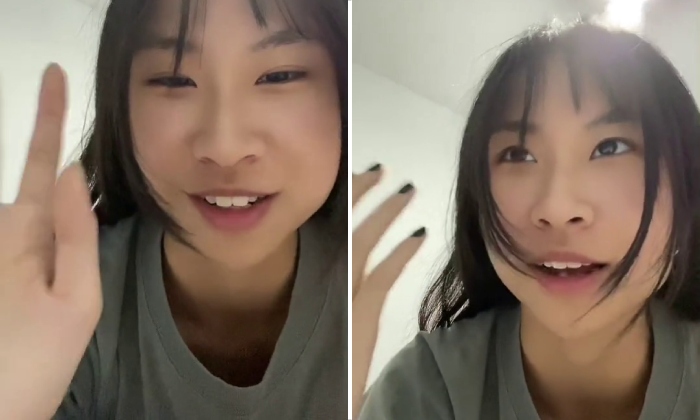 Stand up for Singapore but not the elderly?

A TikToker ranted about "old people on trains" after an "auntie" went out of her way to prevent the TikToker's friend from getting a seat.

The TikToker wanted to know why old people are so desperate to sit down.

"Our trains are very stable. It's not like the train got earthquake or what. The train will still slow down to a stop," said the TikToker in the video, which was posted on Oct 19 and has more than 30,000 views.

What prompted the video was an incident involving a train seat.

The TikToker recounted in the video: "Yesterday, I was sitting on the train with my friend. I was sitting down because my period cramps damn painful."

Her friend saw an elderly man standing and gave up her seat for him.

"It was not even like a priority seat, just a normal seat," said the TikToker.

"This auntie, who was sitting next to the old man, wanted to leave as her stop was here."

"So rather than letting my friend sit down, this old woman like grabbed onto her dear life onto the pole right next to the seat. And then her other arm went and dragged this other old woman from across the carriage, like dragged her all the way and told her to come, please sit down on this seat, just so my friend who was standing in front of the seat couldn't sit down."

The TikToker then compared the lengths of their train rides.

"We were travelling all the way from Aljunied all the way to Boon Lay. That's like the entire green line already. And then my friend had to like stand up for more than half the way because they had to sit down for a few stops otherwise they would fall down and die."

"Next time on National Day, all these aunties and uncles, you better don't let me catch you all singing Stand Up For Singapore," she said.

Stomper Sarah saw the video and said about the TikToker: "She is warning all uncles and aunties: 'Don't let me catch you standing up. We are the next generation.'

"Is this the strawberry generation? Good luck to the 4G leaders."

The Stomper noted that the comments for the video were turned off.

Related Stories
Uncle quarrels with younger man over MRT priority seat: 'You're Malaysian, go back to your country'
TikTok video calls out MRT passengers for not giving up seat for injured man with crutch
Man argues with worker over MRT seat: 'You come here work, you go, give people sit down'
More About:
MRT train
MRT seat
TikTok
elder
auntie