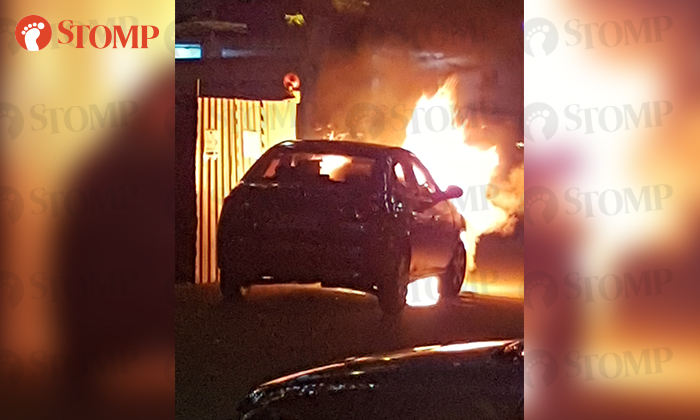 A fire engulfed a car at a carpark near Block 19 along Marsiling Lane on Dec 26.

The fire, which had occurred just behind Marsiling market, was reported by several Stompers.

An anonymous Stomper said, "I heard a loud bomb sound and then I saw a huge fire."

Singapore Civil Defence Force (SCDF) said in a statement to Stomp that it responded to the fire at 8.39pm.

"The fire which involved the engine compartment of a car was extinguished by the SCDF using compressed air foam backpacks and one water jet."

SCDF added that no injuries were reported.

Stomper Sunipa commended SCDF's quick response, adding, "During (the) festival season, our emergency service is always on standby. Hopefully, they get their well-deserved rest after the holiday season."