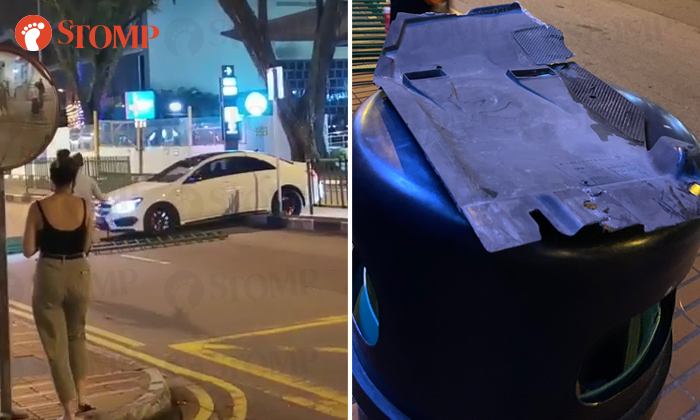 A driver who crashed and drove through a road divider along East Coast Road was the epitome of 'keep calm and carry on'.

Isabelle, who shared a video of the driver's antics and photos of the scene, said: "What a powerful Mercedes.

"The police came after 20 minutes."

In the video, a white car can be seen mounting the road divider after having apparently crashed through its railing.

However, the driver remained undeterred and manoeuvred the vehicle out of its tight spot, before simply driving off.

A photo shared by Isabelle shows debris that the driver had left behind. 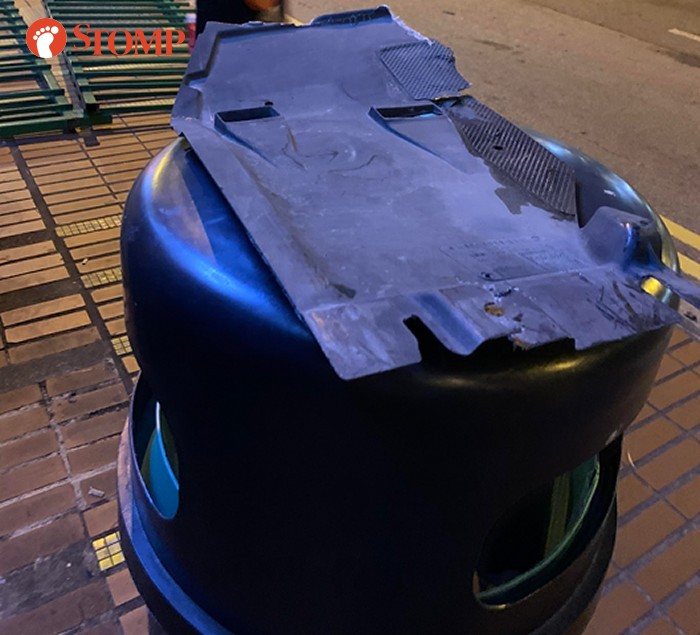 Remains of the broken railing also appeared to have been moved to the pavement.

Responding to a Stomp query, the police said they were alerted to a hit-and-run accident involving a car along East Coast Road towards Still Road South at 9.49pm.