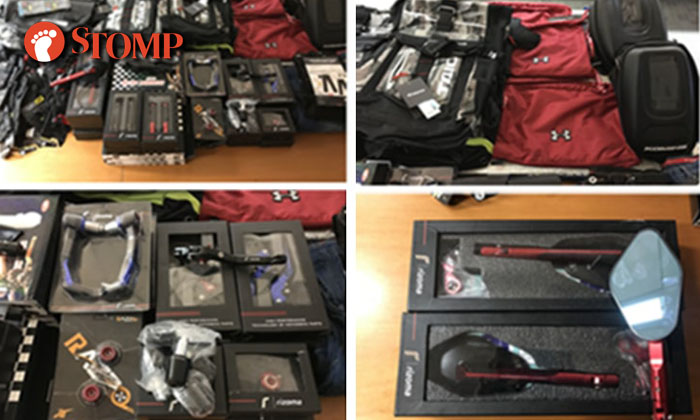 Officers from the Criminal Investigation Department (CID)conducted simultaneous raids at Woodlands and Clementi against the sale of counterfeit motorcycle parts and accessories for four hours on that day.

A total of about 440 pieces of trademark infringing goods with an estimated street value of about S$17,000 were seized.

Said the Police in the release:

“The Police take a serious view of intellectual property right infringements and will not hesitate to take strict enforcement action against persons who show a blatant disregard for our laws.

“Persons found guilty of falsely applying a registered trademark to goods may be bfined up to a maximum of $100,000, or an imprisonment term which may extend to five years, or both.”

In their press release, the Police also advised the public to be careful of counterfeit goods being sold on e-commerce platforms.