This woman singing at Tanjong Pagar Plaza deserves to be noticed 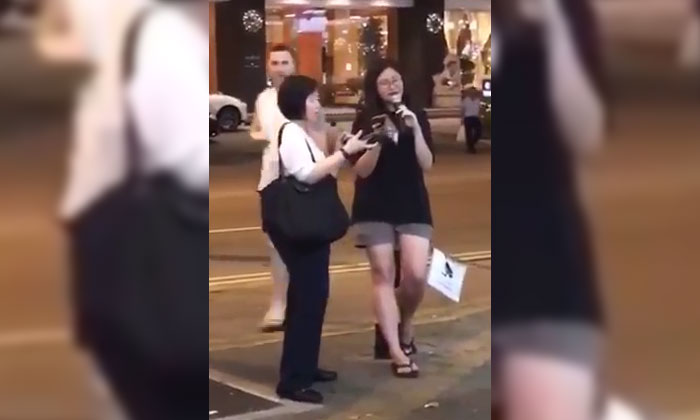 Here is one reason to never judge a book by its cover.

A passer-by was surprised to find a woman singing a song originally recorded by a male singer outside Tanjong Pagar Plaza and promptly posted it on Instagram Stories.

Stomper June shared with Stomp a recording of the videos posted by the person whom she follows.

In the video, the woman is accompanied by another lady while a third woman plays the keyboard.

The Instagram user wrote that the woman "needs to be noticed".

Her caption read: "Heard this from far and thought which handsome guy singing and then I rushed over.

"Found this and was in deep shock."

June told Stomp she was just as impressed.

"It's shocking that this woman can sing like a man," she said.

"Can't deny that her male singing voice sounds not bad either."

Related Stories
You'll be seriously blown away when you hear this cabby's grand performance
Cute Thai AirAsia stewardess's performance during flight delay is the best inflight entertainment you'll see today
Blind Filipino girl has never been to school or learned English -- but wait till you hear her sing
More About:
singing
talent
amazing people