'This is totally out of character': Parents of man who threw bottle that killed grandfather 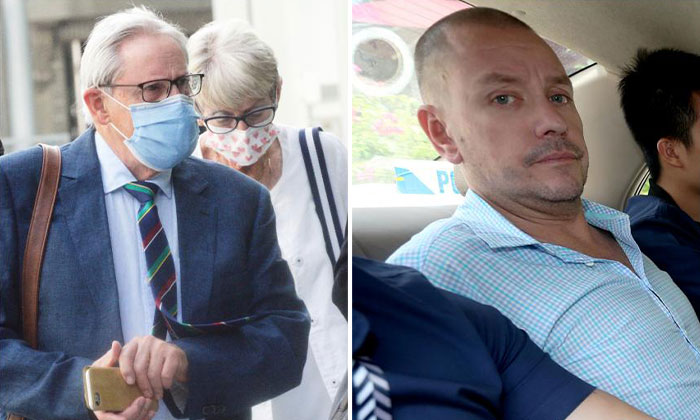 The parents of Andrew Gosling described him as a "gentle person" and said that he acted "out of character" when he threw a bottle that fatally struck grandfather of nine, 73-year-old Nasiari Sunee.

Principal District Judge Victor Yeo on Friday (April 8) sentenced the Australian to five years and six months' jail, after he flung the bottle from the seventh storey of a condominium towards a group of unsuspecting Malay-Muslims, which included Mr Nasiari, who later died.

Prosecutors had said Gosling "demonstrated hostility towards Muslims" and his actions were "religiously aggravated".

Speaking to The Straits Times outside the State Courts after the sentence was heard on Friday, Gosling's mother Pam said: "He's our son and he's a gentle person. He would never ever have thought those things or done those things.

The deputy public prosecutors had told the court that Gosling committed the act as he was "angry and upset" at the terrorist attacks committed by "Islamic fundamentalist groups in Bali and Melbourne that had killed Australian citizens".

His father Ian said: "This is totally out of character. We simply don't know what actually happened. Nobody knows.

"Andrew has worked in countries all over the world. He understands the laws, respects the laws, and something snapped (that day) and we don't quite know what that was."

Mother Pam added: "All his family feel the same way. His brothers, his sisters-in-law, aunts and uncles. It's floored us all."