"This is obviously fake!": SMRT responds to claims that CEO Desmond Kuek fired 50% of staff 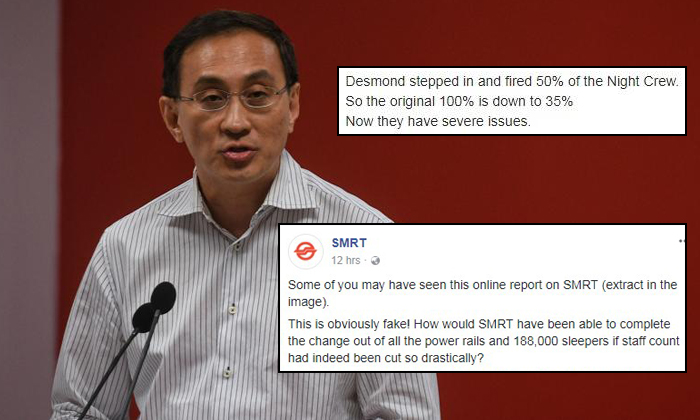 Transport operator SMRT has refuted claims that its group chief executive, Desmond Quek, fired half of the employees in a rail department after taking over the reins in 2012.

SMRT's response comes after allegations that former CEO, Mdm Saw Phaik Hwa, "fired 25% of the night staff", which was "not so bad", until "Desmond stepped in and fired 50% of the night crew".

It is unclear where these allegations originated from, though a screenshot was shared by SMRT on Facebook yesterday (Nov 16).

Refuting the claims, SMRT wrote: "This is obviously fake! How would SMRT have been able to complete the change out of all the power rails and 188,000 sleepers if staff count had indeed been cut so drastically?"

The company also clarified that "the Permanent Way (PWAY) team that looks after our track and track-side infrastructure almost DOUBLED" under Mr Quek's tenure.

Unfortunately, SMRT's statement seems to have gotten netizens even more riled up.

Many took issue with the tone of the statement, which they deemed "unprofessional":

Some felt that SMRT could have better spent the time refuting "fake news" on resolving more pressing issues: 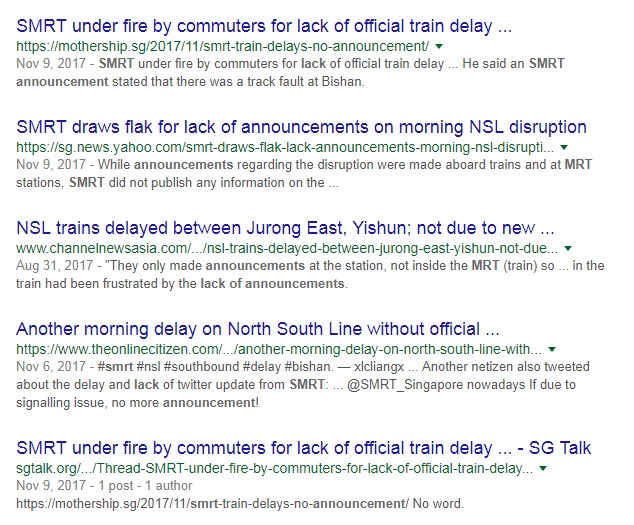 This comes after train disruptions occurred on the East-West Line, Circle Line and North-South Line -- all of which are operated by SMRT -- on the same day (Nov 15).

A collision at Joo Koon MRT Station on the EWL that day left 36 people injured.