This cat had no chance against python in Jalan Berseh canal 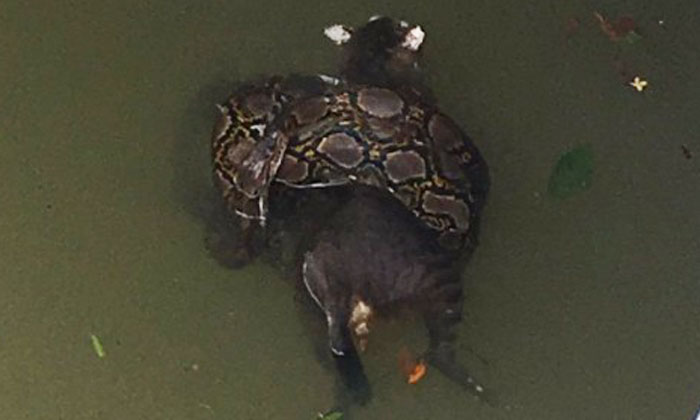 Stomper Fahmy alerted Stomp to a photo her friend had tweeted of a python attacking a cat in a canal at Jalan Berseh.

Twitter user @LollyNia came across the python and its epic meal on her way to work on Nov 28.

In the photo, the snake is in the process of strangling the cat before likely making it its next meal.

The snake appears to be a reticulated python which can grow up to three to five metres in length.

They are common in Singapore and are often found feeding on rats and other small animals.

It is not uncommon for them to be found in and around drains and canals.

Pythons kill their prey though constriction and swallow it whole, head first.

They can become aggressive when threatened so the public is advised to keep a distance.

If you come across a python or any other snake and need assistance, call the Animal Concerns Research and Education Society (Acres) 24-hr wildlife rescue hotline: 9783 7782.