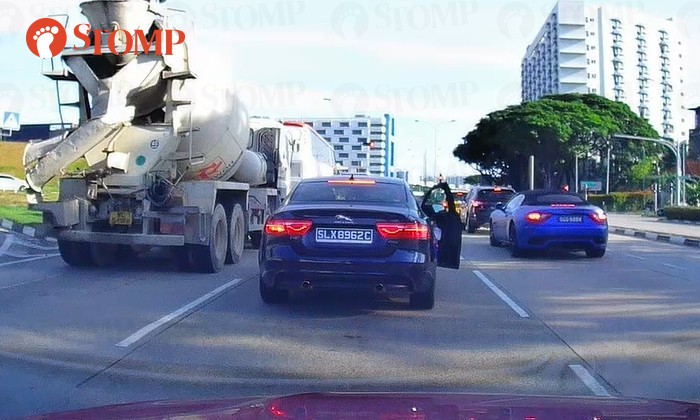 If you think that throwing a cigarette butt out of a car window is inconsiderate, imagine seeing a driver open his door to spit.

Stomper Suresh was shocked when he saw a Jaguar driver open his door to spit on the road at Tampines Avenue 10 on Sep 19 at 5.25pm.

He sent video footage taken from his in-car camera to Stomp.

In the video, the Jaguar driver was seen opening his door to presumably spit onto the road.

"I was shocked when I saw this," said Suresh.

"This is totally inconsiderate. I was disgusted to see such unhygienic behaviour."

According to the Environmental Public Health Act, those who spit any substance or expel mucus from the nose upon or onto any street or any public place, except in a dustbin or other receptacle provided for the deposit of refuse and rubbish, can be fined a maximum fine of $1,000 for the first offence.