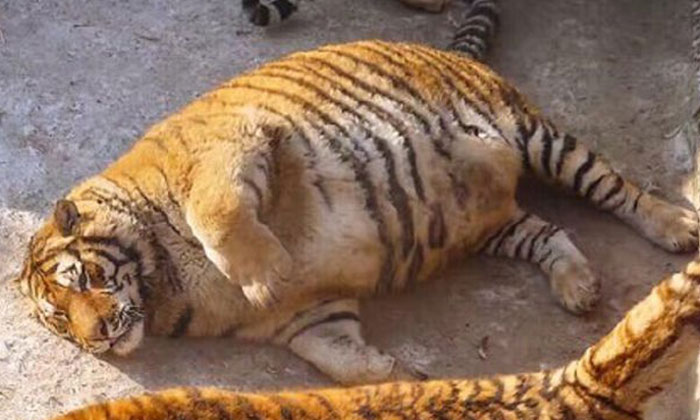 Photos of an ambush of tigers at the Siberian Tiger Park outside Harbin, China have spread on Chinese social media due to how chubby they are.

The photos have sparked the curiosity of netizens who are questioning what the animals' eating habits have been over the Chinese New Year holiday.

One Netizen posted the photos on Weibo and joked, "Is this you after Spring Festival?"

Most Chinese citizens return to their provinces to 'pig-out' on their mother's cooking and return much heavier than they left.

However, the Siberian tigers may have a reason for their increase in weight, reports Shanghaiist.

Winters in Heilongjiang are known to be harsh and the extra fat will help keep away the cold.

By the time summer arrives, they should return to their regular weight.

This is in stark contrast to tigers kept in other Chinese zoos who have been accused of starving them to death to make tiger bone wine.