The search is over! Real-life 'Pokémon' caught 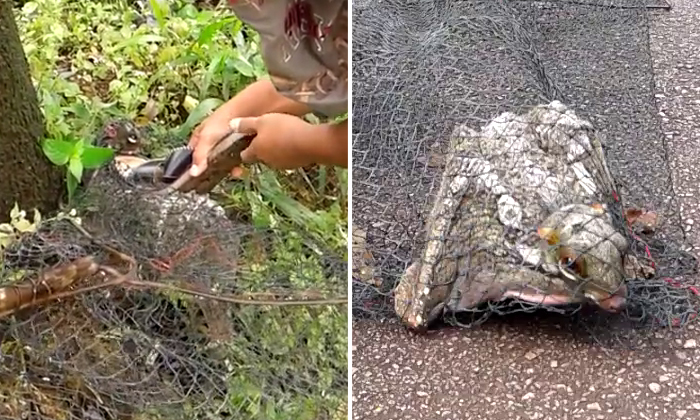 Videos circulating online show an unusual-looking creature getting caught in a net by a group of people.

In the first clip, the animal can be heard shrieking as it is trapped in the net. People can be heard laughing as one man uses a slipper to press the creature against the ground.

The second video shows the animal trying to free itself as people stroke it as well as pinching its fur.

The incident is believed to have taken place in Indonesia.

It is unclear what the creature is exactly, but some netizens have suggested that it is a flying lemur.

Pokémon Go, a location-based augmented reality mobile game, is the latest craze to have taken the Internet by storm.

In the game, players can capture, battle, and train virtual Pokémon, which appear on device screens as though in the real world.

The animal's fate and what happened after the videos is unknown.