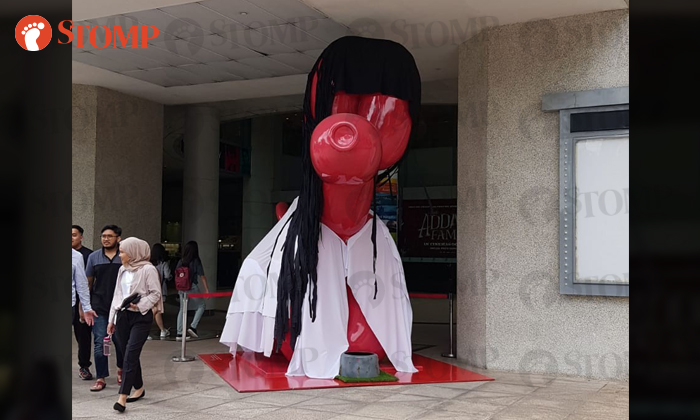 At the entrance of The Cathay shopping mall sits an eye-catching dog sculpture, but not everyone is pleased with how it has been decorated for Halloween.

The iconic pooping balloon dog was designed by London-based artist Sebastian Burdon, who goes by the online moniker whatshisname. 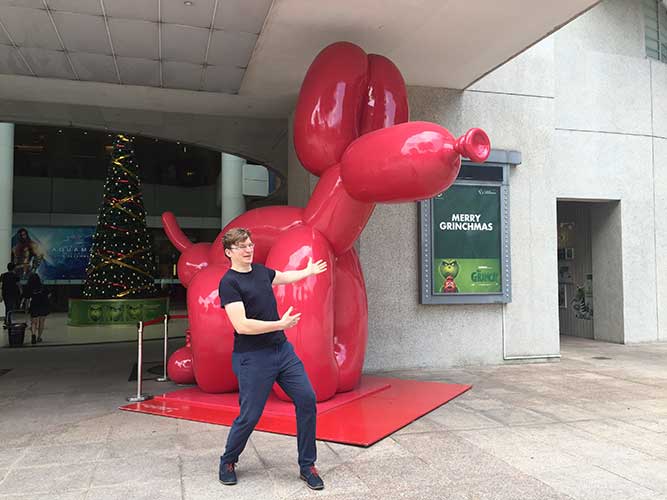 Stomper Gina, however, is incensed at how the sculpture has been decorated for Halloween.

She contributed a photo that shows POPek being dressed up in a wig and costume. 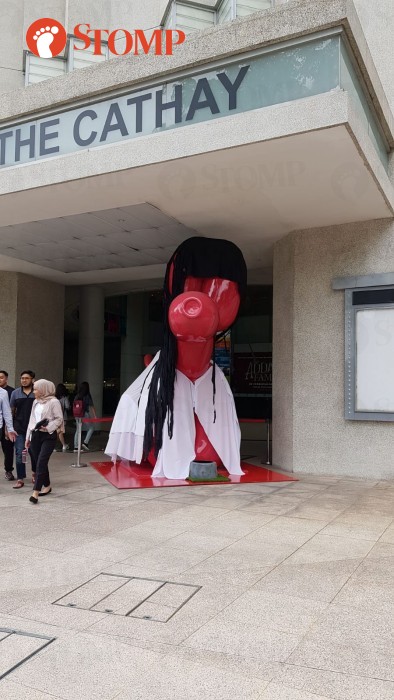 She told Stomp: "This is a tasteless, disastrous and less than half-hearted attempt at a Halloween dress-up in public.

"I can't believe this is something that the mall management approved and think is of quality to be exhibited in public.

"Above all, it is an insult to the original POPek sculpture and I feel extremely bad for the original artist that his beautiful work has been subjected to such a senseless violation."

Gina also provided feedback about the sculpture to The Cathay and shared a screenshot of the response that she received.

In the screenshot that was seen by Stomp, The Cathay had responded to Gina's feedback and said: "The decorations are a light-hearted portrayal of the malls' Asian horror theme this year and has been approved by our management."

The Cathay did not respond to Stomp's queries by press time.

However, designer Sebastian Burdon told Stomp that he is "not too fussed" about the feedback.

Mr Burdon, who believes that Gina had also contacted him on Instagram to share her sentiments, said: "I think that it is good that The Cathay management is trying to make things different and interesting for seasonal holidays.

"The sculptures' purpose is to make life more fun and put a few smiles on pedestrians' faces.

"I suppose it is tricky to find a costume for a balloon dog that big because it needs to be custom-made rather than found on the supermarket shelf.

"For Christmas, it would be nice to put a giant Santa hat on large POPek but again, those are hard to find at this size."

Mr Burdon also acknowledged The Cathay's light-hearted portrayal of Asian horror, but said that "someone on Instagram" had mistakenly thought that the sculpture had a "Jamaican-style hair".

"This is the first negative comment that I saw with regards to the costume, but then again there are people who don't like Halloween or Christmas or balloon dogs."