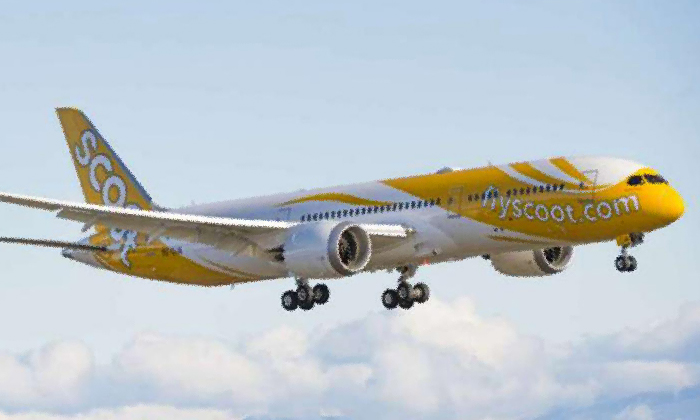 A Scoot flight, bound for Hat Yai, returned to Singapore after a passenger allegedly made a bomb threat on board earlier this afternoon (April 5).

The 41-year-old male passenger was subsequently arrested for making a false bomb threat.

In response to a Stomp query, Scoot said: "The aircraft was escorted back to Singapore by two Republic of Singapore Air Force (RSAF) jets and safely landed at 15.23hrs.

"All aboard the aircraft were safe, including six crew members. The aircraft was declared safe after investigations and associated procedures were concluded.

"The flight has been re-timed to resume its journey to Hat Yai, departing at 1830hrs.

"Three passengers were offloaded for follow on investigation and we are working closely with the authorities to ensure the safety of our guests."

The police said in a news release: "Preliminary investigations indicated that the suspect had claimed he had a bomb in his hand-carry baggage to a crew.

"The plane was turned back on the pilot’s request.

"All passengers and crews disembarked safely on arrival at Changi Airport.

"The police conducted a thorough security search on board the plane as well as the baggage of the suspect and his two travelling companions and did not find any suspicious articles."

The police added that they "treat all security threats seriously and will not hesitate to take action against anyone who causes public alarm."