Thai cave rescue: These are the heroes who made it all possible 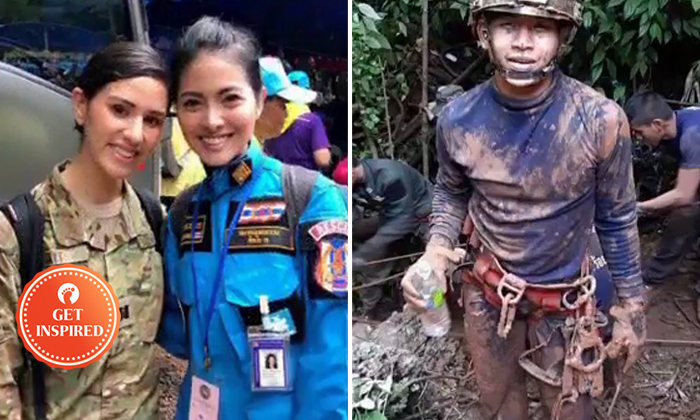 After more than two weeks of being trapped in the flooded Tham Luang cave that culminated in a gruelling three-day rescue operation, all 12 boys and their football coach are finally free.

Stranded since June 23, the Wild Boars team spent 10 days in the dark and dank cave before they were even located by rescuers.

What followed next were round-the-clock planning, immense teamwork and meticulous execution, with the first four boys being delivered to safety on July 8.

Touted as a "race against water and time", the arduous mission saw the last of the team, including their coach, making it out of the cave on Tuesday night (July 11) at around 8pm.

Divers had braved narrow crevices and strong currents to reach the group -- a feat even for the most skilled of rescuers -- while the rest of the world watched with bated breath.

Following the successful rescue mission that "the world will never forget", the Thai navy SEALs posted on Facebook: "We are not sure if this is a miracle, or science, or what.All the 13 Wild Boars are now out of the cave." 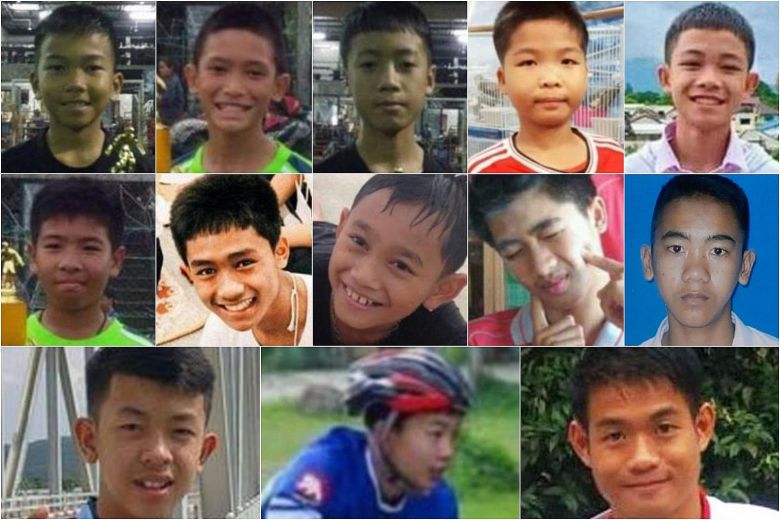 All 12 boys, aged between 11 and 16, and their 25-year-old coach are receiving medical care at Chiang Rai Prachanukroh hospital.

Despite losing an average of 2kg during their ordeal, most of them are otherwise in good health and "not stressed".

"Because they stay together, their emotions were under control. They helped each other out, thanks to the management of the coach,” said Dr Thongchai Lertwilairatanapong, an inspector for Thailand’s health department.

"Almost all of the boys have been found to have high level of white blood cells, a sign of infection. So antibiotics are being given."

According to The Straits Times, one person among the last five rescued displayed signs of lung infection. Two other boys have been treated for mild pneumonia.

At a news conference after the rescue, operation chief Mr Narongsak Osatanakorn said: "We have done something that no one expected that we could complete. It was an impossible mission."

On Tuesday, Singapore Prime Minister Lee Hsien Loong took to Facebook to express his delight and relief over the mission's success.

Calling it a "remarkable display of the strength of the human spirit", PM Lee added: "It is an inspiring tale of what different nations and groups can achieve by working together."

Social media and news outlets have also commended those who made the rescue mission possible, from divers who were directly involved in the hazardous operation to everyday people who contributed what they could.

Here is a list of real-life heroes who deserve recognition for saving 13 lives, as compiled by Facebook user Anindya Ghose.

Having been in Tham Luang cave multiple times, Mr Vern Unsworthy used his expert knowledge to lead rescuers to the stranded team's location.

Based in Chiang Rai, he also roped in some of the world's best divers to join the search.

Despite losing his entire family at the tender age of 10, assistant coach Ekapol Chanthawong remained resilient, trained as a monk and devoted his life to helping children.

He has been credited for helping the 12 boys to survive in the cave by teaching them meditation, giving them all his food and most of his water before rescuers located the group.

The 38-year-old became unconscious, reportedly due to a lack of oxygen, and was declared dead after unsuccessful attempts to revive him.

Universally regarded as the best cave divers in the world, John Volanthen and Rick Stanton gallantly led the peril-fraught operation.

And it's not their first time participating in risky rescue missions to save lives either.

5. Farmers living near the cave

Farmers residing near the cave had no qualms sacrificing their fields and livelihood so that water could be pumped out from the caves.

This was even though it meant losing an entire year's worth of crops.

6. Locals who cooked and delivered food

For over two weeks, volunteers cooked and delivered food to the rescue team -- for free.

No distance was too great, as they cycled and biked from hundreds of kilometres away.

7. A woman who cooked Halal food

Realising that Muslim cave divers would require Halal food, a Muslim woman solved that need with her selflessness.

Working with a team, she cooked and provided the team with free Halal meals.

This woman and her team of cleaners took care of the rescuers' clothes.

She helped to wash and dry-clean their clothing every day, also for free.

Volunteers tirelessly involved in the mission were said to have numbered hundreds. They include bird nest collectors and a water pumping team.

Added the Facebook user: "Sometimes, the worst of times brings out the best in people."

And as the saying goes, not all heroes wear capes.

Related Stories
Full-face masks, climbing and diving: How Thai boys are being rescued from narrow cave
Thai cave rescue operation: 4 boys rescued so far
Ex-Thai Navy Seal dies during cave rescue operation: Why it's so hard to save football team
Thai youth football team and coach found in cave after 9-day search to get 4 months' food and diving training
More About:
Thailand
rescue