Thai-born youth loses S'pore citizenship after failing to take Oath of Renunciation in time: "I don't want to leave" 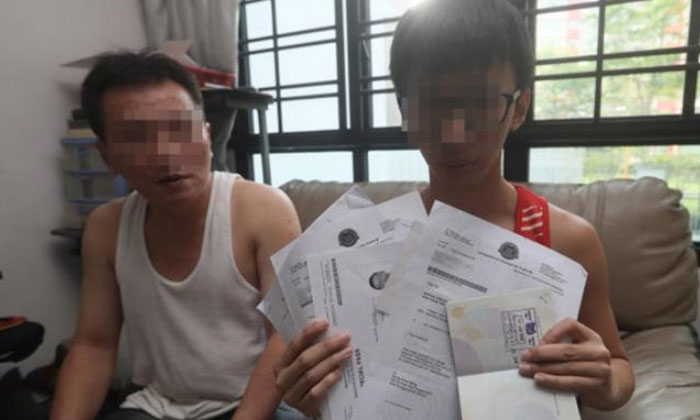 A 23-year-old youth born in Thailand lost his Singapore citizenship after he failed to complete the Oath of Renunciation, Allegiance and Loyalty (ORAL) in time.

The youth who was serving National Service (NS) at the time alleged that he was unable to complete the procedures as his requests for leave were denied.

The youth, born to a Singaporean father and Thai mother, had been informed by the authorities that he would have to take the oath within a year to retain his citizenship reports Lianhe Wanbao.

Following that, the applicant must visit the Immigration and Checkpoints Authority (ICA) office with the original renunciation letter and another photocopy in order to take the ORAL.

The youth, Mr Xu, was reportedly born in Thailand after his pregnant mother went back to Thailand to visit a relative and gave birth to him there.

“I’ve stayed in Singapore for long periods of time. I did my studies here as well, and everything had been fine.

“Two years ago, I was called to serve NS. I just turned 21 on Sep 5 in the same year when I received a letter from the ICA.

“The letter said that I was a minor who attained my citizenship either through application or via biological ties to a Singaporean parent. As such, I had to complete my ORAL within a year to keep my citizenship.”

As Mr Xu did not have the needed documents from the Thai authorities, he had to visit Thailand to obtain them before he could visit the Thai embassy in Singapore to renounce his Thai citizenship.

“At the time, I was serving NS, and my requests for leave were rejected. I was thus unable to complete my ORAL in time, and ICA revoked my citizenship on Sep 5 last year.”

Mr Xu said he visited Thailand to retrieve the needs documents in December last year, but his Singapore citizenship had already been revoked.

He said that the development was regrettable.

To remain in Singapore, Mr Xu now requires a Special Pass, which has to be extended every three months. If the pass is not approved, he will have to leave Singapore.

“All my family members are in Singapore and I don’t want to leave them. I have been trying to think of ways to regain my citizenship.

“The last time I went to ICA to reapply for citizenship, it was rejected, but I intend to try again. Hopefully, they will let me stay in Singapore, and allow me to contribute to the society.”

With regard to the youth’s allegations, the Ministry of Defence (Mindef) said that Mr Xu did not apply for leave nor submit relevant documents needed for leave application throughout his time in NS. It was only until July last year, when left with merely two months before the one-year deadline, that he started applying for leave.

Mr Xu served a Section commander responsible for training new recruits until Sep 9 last year. However, by then it was past the one year mark set by the ICA.

“If he had submitted the relevant documents, the Singapore Armed Forces (SAF) would have fully supported him.”

The ICA said that minors who obtain Singapore citizenship through blood ties or via application must complete their ORAL once they reach 21 years old to retain their citizenship.

An ICA spokesman said that it sent Mr Xu a letter to inform him of the necessary procedures before he turned 21 and another reminder six months before his 22nd birthday.

According to the constitution, once a person’s citizenship is revoked, it will not be recoverable.

The spokesman also emphasised that citizenship is a serious issue and should not be treated lightly.

Lastly, the spokesman also revealed that the ICA was currently evaluating Mr Xu’s application for citizenship.

Related Stories
Mindef says Ben Davis' family had no intention of him serving NS but boy's father disputes this
NS defaulter rejected for Australian citizenship, told to obey the laws of his country
Mum who renounced UK citizenship enlists with SAF, says hardest thing is being away from daughter
More About:
citizenship
youth
controversial