Tenants evacuated after fire breaks out at The Centrepoint 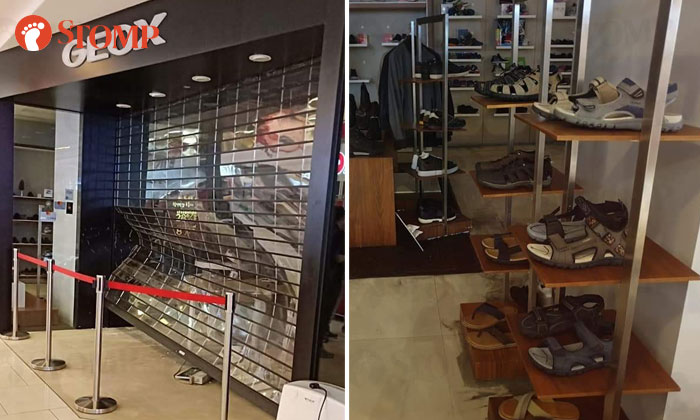 A fire broke out at a shop on the first floor of The Centrepoint on Saturday night (Feb 16).

A Stomper alerted Stomp to the incident and shared photos she took at the scene.

In the photos, the front shutter of the store appears to be damaged and black marks can be seen on the floor.

In response to a Stomp media query, the Singapore Civil Defence Force (SCDF) said it was alerted to the incident at 10.30pm.

A spokesman said the fire involved the contents of a storeroom and was extinguished by the sprinkler system before firefighters arrived.

The cause of the fire is still being investigated.

A spokesman for the Orchard Road mall told The Straits Times that the fire occurred at about 10.30pm and was put out by 10.55pm.

"Tenants at nearby food and beverage outlets were evacuated in an orderly manner as a precaution," the spokesman said.

The affected areas were cleaned up the same night, and the mall was operating as usual on Sunday, he said.