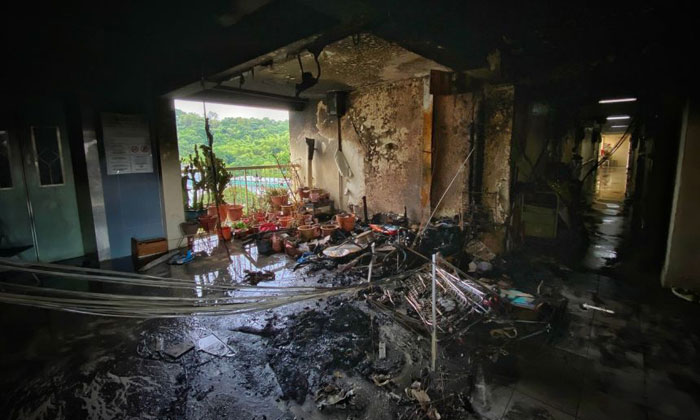 Smelling something burning, Mr Supardye Supono opened the door of his flat to a pitch-black corridor filled with smoke, and realised a fire had broken out.

The 36-year-old pest control worker and his wife dashed down the stairs to escape the blaze, which occurred in Block 3 Telok Blangah Crescent at around 8pm on Monday (Sept 6).

"My wife suffered an asthma attack from the smoke and had to go to the hospital. She was only discharged at 3am," said Mr Supardye, who lives on the ninth storey, where the fire broke out.

The blaze was put out by the Singapore Civil Defence Force (SCDF), which is investigating its cause.

More than 100 residents were evacuated from the ninth to top storeys of the 12-storey block, and four people were taken to hospital.

Mr Chong Peng Teck, 70, a cleaner who lives in a ninth-storey unit, said: "I didn't even have time to feel afraid. After I saw the smoke, my first thought was to escape the area with my wife."

His door and the ceiling of the corridor outside his unit were charred black by the fire.

Residents said the fire was fuelled by the piles of cardboard boxes, potted plants and furniture at the lift landing. They said the items had been there for years.

They said the items belonged to Madam Sariffah Alwiyah Syed Muhammad, who lives in the unit closest to the lift lobby where the fire broke out.

Other clutter along the long common corridor outside her unit, including stacks of cardboard, made it difficult to walk past, neighbours said.

On Tuesday, The Straits Times observed the area outside Madam Sariffah's flat was lined with pieces of cardboard, boxes and plastic bags strewn on top of a wooden chest of drawers.

When asked why she had kept all the items, the 63-year-old housewife said it was not because she was a hoarder. Some of the items had been given to her by people who wanted to help her, she said.

She said she intended to donate some items to an orphanage.

Madam Sariffah, who has been living at the rental unit for over 10 years with her 43-year-old unemployed son, said: "I'm not going to put things outside of my flat anymore - it's a hazard and I don't like it."

Mr Supardye, who lives two doors down from her, said: "Many people have been lodging complaints to the town council about the clutter for about a year now, but nothing has been done so far." 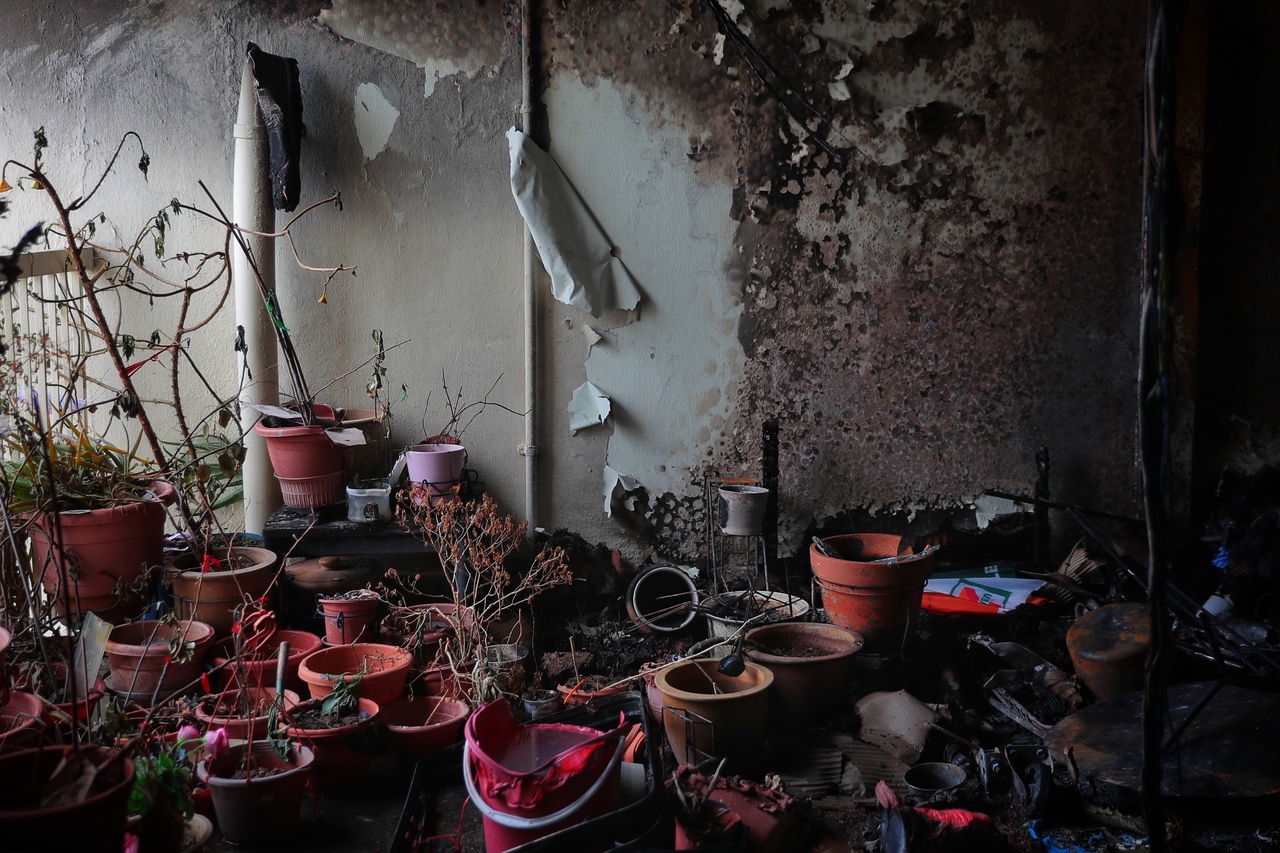 Residents said the items at the lift landing had been there for years. ST PHOTO: JASON QUAH

Tanjong Pagar Town Council (TPTC), which oversees the block, told ST it was aware of this unit, as the mother and son staying in the unit have severe hoarding issues.

It had worked with various agencies to reduce the clutter both in the unit as well as along the common corridor. "However, the efforts have not been too successful, as the resident has been hostile to the agencies and not willing to open her door to the volunteers."

TPTC and two social service agencies did, however, help declutter the corridor area and fumigate the unit in April.

The Housing Board has also been informed to help with relocating and providing assistance to the affected residents, said the town council.

Mr Lim Poh Seng, who lives with his brother on the ninth storey, said he reached his block at 8pm but could not return to his unit until about 11pm.

He said the lift landing has been cluttered since he moved in eight years ago.

"My brother said the clutter was a definite fire hazard," said the 55-year-old security guard.

Mr Chong, who lives in the unit opposite Madam Sariffah, said: "She is a friendly neighbour, but we've asked her to get rid of her clutter so many times to no avail. She brings back shoes, fans and even chairs. Her clutter even caused mosquitoes to breed."

This is also not the first time that a fire has occurred at the block, he said. Fires had broken out on the second and seventh storeys about three to six years ago.

In a Facebook post on Tuesday evening, Radin Mas MP Melvin Yong said that three of the residents who had been hospitalised after the fire have been discharged. One remains warded for observation, but is in stable condition.

Visited Blk 3 Telok Blangah Crescent to check on our residents, after a fire broke out in the building last night. Our...

"Our residents were shaken by the incident but I’m glad that everyone is safe and sound. I’m also heartened to hear of neighbours helping each other last night during the fire."

He added: "While the cause of fire is still under investigation, I was informed that it involved numerous items that had been placed along the common corridor.

"To minimise fire hazards, residents are advised not to use the common corridor as a storage area, and keep the walkway clear, which is especially important during an emergency."