Teens take over $8,000 worth of liquor and cigarettes after breaking into Chander Road shop 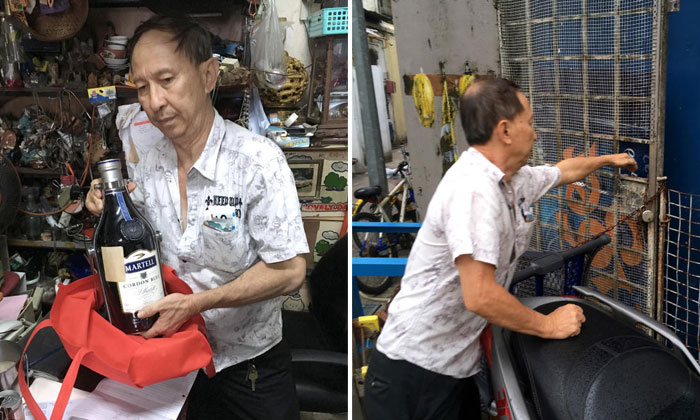 His friends had broken into the shop three nights before and had stolen $500 worth of liquor and cigarettes. But the teens wanted more.

Ethan Kwan Kuan Rong, 16, joined the group with another friend.

And together, the six of them stole more than $8,000 worth of liquor and cigarettes from Yeo Buan Heng Liquor Shop on Oct 16 last year.

The court previously heard that at about 2am on Oct 16 last year, the teens, who were aged 14 to 18 at the time, met and planned to break into the shop at 27 Chander Road.

While waiting for the shop to close, police officers chanced upon the group and took down their particulars before telling them to go home.

But they did not, and at about 4am, they broke in through the back door.

They stole more than $1,900 worth of cigarettes and $6,000 of alcohol, including a three-litre bottle of Martell Cordon Bleu worth about $1,500.

A few hours later, the police were notified of the break-in.

The teens were arrested, and most of the items were recovered and returned.

Kwan admitted during investigations that they had wanted to sell the liquor and split the profits.

Last Monday, Kwan admitted to one count of housebreaking by night to commit theft with the group.

District Judge May Mesenas called for suitability reports for probation and reformative training for the teen.

Kwan appeared again in court yesterday and his bail of $5,000 has been extended.

Jude Rajah Logesvaran Krishna, 17, a member of the original group of four, pleaded guilty to one count of housebreaking by night on Sept 10.

The court has also called for suitability reports for probation and reformative training for him.

Those found guilty of housebreaking by night to commit theft can be jailed for two to 14 years and fined.