Teens dash across road at busy Paya Lebar junction, sent flying after getting hit by taxi 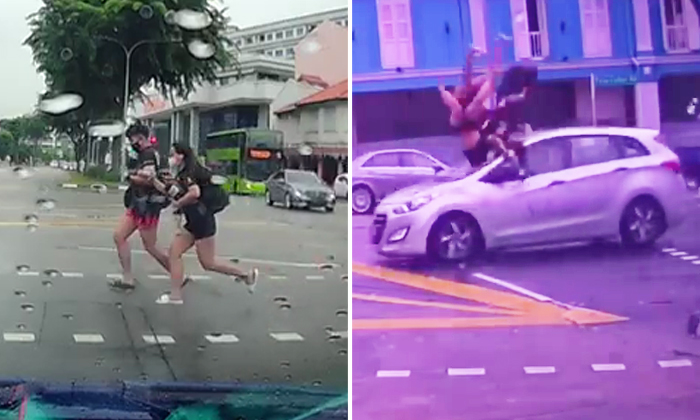 A pair of teenagers were flung across the road after being hit by a taxi at the junction of Paya Lebar Road and Geylang Road on Thursday afternoon (Oct 1).

In response to a Stomp query, the police said they were alerted to an accident involving a taxi and two pedestrians at 3.23pm.

Several Stompers shared circulated videos of the incident, showing the teenagers dashing across the road at the busy junction.

However, they were hit by an oncoming taxi before they could make it to the other side of the road. Both can be seen being sent flying by the impact.

The male teenager is seen getting up after the collision while the female teenager remained lying on the road.

The 17-year-old female pedestrian was conscious when taken to Raffles Hospital.

The Singapore Civil Defence Force (SCDF) assessed another person at the site of the accident who declined to be taken to hospital.