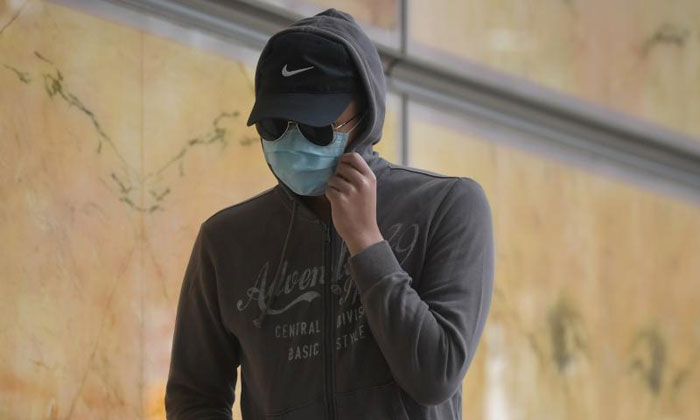 A teenager, who was 17 when he schemed with two friends to steal from prostitutes and then raped their final victim while he was alone with her, was sentenced to seven years' jail and 15 strokes of the cane on Monday (Sept 16).

Mendel See Li Quan, who is now 19, pleaded guilty to one charge each of raping and robbing the 53-year-old victim on Oct 2, 2017, and a third charge of stealing $670 from another victim in September 2017.

Eight other charges were taken into consideration by the court.

In sentencing, Justice Valerie Thean said the need for rehabilitation was displaced by the violence and brutality shown by See, who wielded a chopper against the victim.

See's lawyer, who sought reformative training, said he was appealing against the sentence. Bail was doubled to $100,000 pending appeal.

The court heard that See, a Malaysian, got to know Singaporeans Benjamin Yong Dun Zheng and his girlfriend Chow Chia Suan, both 23, in 2017.

In some cases, either Yong or See would engage the services of the prostitute and the others would steal from the victim's bag while she was in the bathroom.

On other occasions, the trio would stage an act while the prostitute was at Yong or See's home. The other two would show up pretending to be loan sharks and would then rob the victim to pay her customer's "debt".

On Oct 1, 2017, See contacted the 53-year-old victim, a freelance sex worker, who then asked a Filipina to meet him at his condominium at Canberra Drive in Yishun.

See became angry when the Filipina failed to turn up and decided to "take revenge" on the victim.

The next day, he contacted the victim, offering her $900 for her services. Arrangements were made for her to go to Yong's Yishun flat that night.

After she arrived, on Yong's signal, See and Chow banged on the main door. After entering the bedroom, the two made a show of threatening Yong for payment.

See then pulled the victim's bag away from her, pointing a chopper at her and shouting at her not to move.

Chow rifled through the bag and took two mobile phones and $100 in cash.

The victim told See she wanted to go home but he told her to take off all her clothes. When she replied that there were many people in the room, See told Chow and Yong to go outside.

See then demanded sex while holding the chopper, and the victim did as she was told.

The couple did not know what he did in the room.

The victim later left the flat without her valuables and called the police after she reached home.

The trio spent the money that night on food, transport and games at an Internet gaming shop.

She argued that despite his age, See was viewed by his accomplices as a peer; the fact that his accomplices complied with his order to leave the room showed he was "clearly no follower".

See's lawyer, Mr Siraj Shaik Aziz, assigned under the Criminal Legal Aid Scheme, argued for him to be sent for reformative training.

In letters submitted to the court, See said he regretted mixing with bad company, while his parents blamed themselves for being too occupied with work in Malaysia and not spending enough time with him.

See said his dream was to be a pilot. "However, I am afraid that because of my mistake and the punishment I receive will result in me losing the opportunity to pursue my dream," he wrote.

Yong and Chow pleaded guilty to one charge each of robbery, cheating and theft in January this year.