Teen stabbed dad with steak knife after asking for $3,000 to pay for Uber rides as part of 'survey' 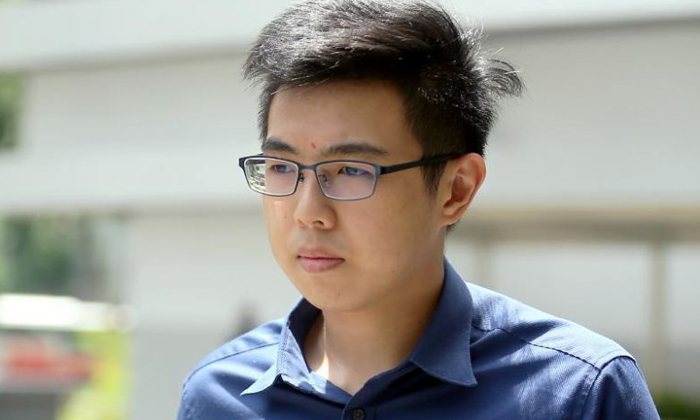 Shaffiq Alkhatib
The Straits Times
May 28, 2019

A teenage student, who attacked his father with a knife in 2016 after he refused to give him $2,000, was sentenced on Tuesday (May 28) to reformative training for a minimum of six months.

This means Dylan Loy Zhong Huan, 19, will be sent to a reformative training centre to follow a strict regimen that includes foot drills and counselling.

Before handing down the sentence, District Judge May Mesenas said that the teenager had committed a serious offence and that, had he been above 21 years old, he could have been sentenced to jail with caning.

The judge also noted that even though three years had passed, the situation has still not improved between the teenager and his parents.

The court heard that the teenager had been living with his grandfather since Nov 18, 2016. Court documents did not state the reasons for this arrangement.

Prior to that, Dylan Loy had been asking his father for money, claiming that he needed $3,000 to pay for Uber rides as part of a "survey". Mr Loy, 49, then transferred $1,000 to his son's bank account.

After spending the money, Dylan Loy asked his father for the remaining $2,000 but Mr Loy refused to give him any more cash.

On Nov 29, 2016, the teenager asked his grandparents for the money at around 6am but they also rejected his request.

He then armed himself with a steak knife that had an 8cm-long blade and went to his father's flat in Bishan.

Mr Loy was leaving his home at around 8.30am that day when he spotted his son hiding beside a shoe cabinet.

Dylan Loy confronted his father and demanded to know why he did not give him the money. He pushed Mr Loy, who had warned his son not to touch him.

The teenager then got hold of his father's key pouch and flung it towards a drain along the corridor. As Mr Loy tried to retrieve it, his son took out the knife and attacked him.

Mr Loy's neighbour, who heard the commotion and saw the scuffle, alerted the police.

An ambulance took Mr Loy to Tan Tock Seng Hospital where he was found to have multiple stab wounds. He was discharged two days later and given hospitalisation leave until Dec 18, 2016.

Dylan Loy intends to appeal against his sentence and was offered bail of $20,000.

For causing grievous hurt with a weapon, offenders can be jailed for up to 15 years and fined or caned.

Related Stories
Cleaner stabbed pregnant wife who's former sex worker as he thought she was talking to pimp
Girl, 17, arrested after assault incident involving dangerous weapon outside ITE College West
Woman stabbed by man at Mei Ling Street recounts attack, says she does not know him at all
More About:
money
attack
stabbing