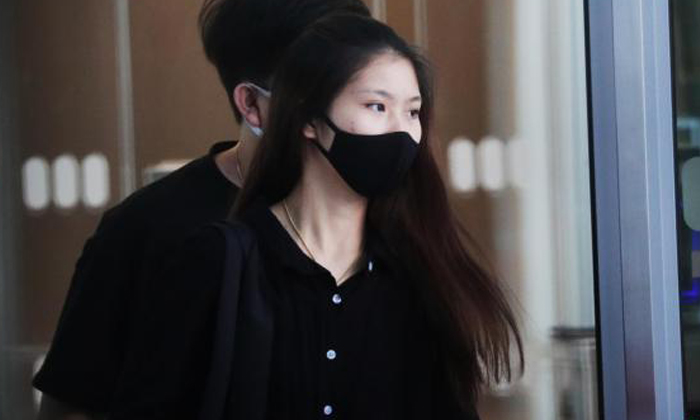 A part-time delivery rider who was riding an unregistered personal mobility device (PMD) on a footpath tried to evade an enforcement officer when he spotted her.

Instead of stopping, Jin Ng Teng, now 19, sped away and struck a boy at a bus stop.

The Singaporean continued riding the PMD to her boyfriend's home before she was arrested later that day, on Oct 30, 2020.

On Wednesday (Jan 19), she pleaded guilty to three charges under the Active Mobility Act.

Jin also admitted to one count of causing hurt to the child while she was riding the PMD in a negligent manner.

Details about the child, including his age, have been redacted from court documents. There is also a gag order on his identity.

The court heard that two Land Transport Authority (LTA) enforcement officers were looking out for errant users of motorised PMDs around 7am on Oct 30, 2020, when Jin was spotted unlawfully riding her device on a footpath along Hougang Street 91.

The two men followed her in a van before one of them alighted and walked towards her. He showed her his LTA pass and told her to get off her PMD.

Jin sped away instead of stopping, the court heard.

The boy and his mother were at a bus stop in Hougang Street 93 when Jin rode towards them around 7.10am.

The police were alerted and an ambulance took him to KK Women's and Children's Hospital where he was found to have a bruised right shoulder.

The child was given a day's medical leave.

Meanwhile, Jin continued riding the device to her boyfriend's home where she was arrested that afternoon.

Investigations later revealed that she was riding an unregistered PMD.

On Wednesday, the court called for a report to assess her suitability for probation.

Jin is expected to be sentenced in March.

For causing hurt to another person by performing a negligent act, an offender can be jailed for up six months and fined up to $2,500.