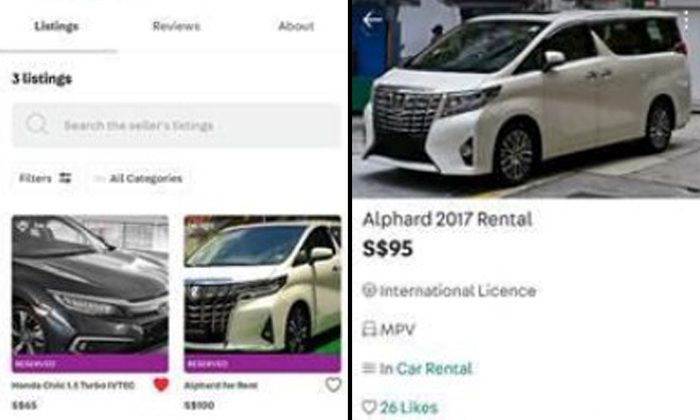 A 17-year-old teenager who allegedly offered lucrative car rental prices online and became uncontactable after receiving payment has been arrested.

The police received a report on April 12 from a victim who informed that he had been purportedly cheated by an online seller after responding to a car rental advertisement on Carousell.

"The seller allegedly offered the victim a lucrative price for the rental of a car," police added.

"After deposits were transferred by the victim through PayNow to the bank account provided by the seller, the seller purportedly did not deliver on the car rental services and became uncontactable."

Following investigations, officers from Ang Mo Kio Police Division established the identity of the male teenager and arrested him on May 19.

Preliminary investigations revealed that the male teenager is believed to be involved in several other similar cases of scams.

The offence of cheating is punishable with a jail term that may extend to ten years and a fine.

The police also advised members of the public to take the following precautions when making online purchases: