Teen, 17, dies after basketball backboard structure falls on him in Bedok 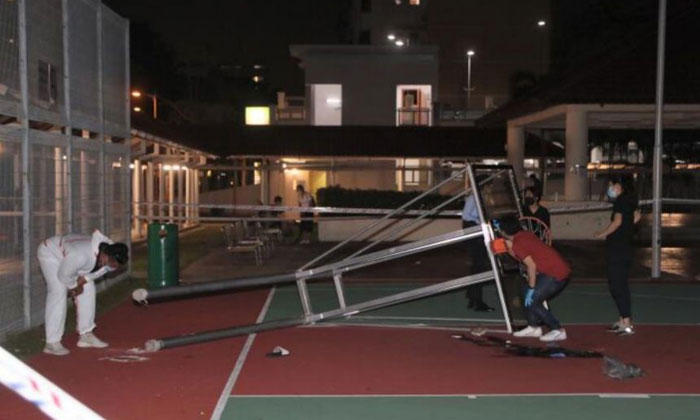 A 17-year-old died after a basketball backboard structure in Bedok fell on him on Monday (July 26) night.

The police said they were called at about 8.45pm and found the injured teen next to the fallen structure near Block 18 Bedok South Road.

"A 17-year-old male teenager was unconscious when conveyed to the hospital, where he subsequently died from his injuries," the police told ST on Tuesday.

They are investigating the case of unnatural death.

The Singapore Civil Defence Force (SCDF) were also called and they took the boy to Changi General Hospital (CGH).

Cardiopulmonary resuscitation (CPR) was conducted on him while he was being taken to CGH, said SCDF.

In a Facebook post on Tuesday morning, the East Coast Town Council said: “Based on the initial information received, a basketball hoop structure had collapsed and fell onto one of the users of the court. For the safety of our residents, we have closed the basketball court with immediate effect so as to conduct a thorough check on the integrity of all structures there.

“Our heart goes out to the victim and his family. We will work closely with the relevant agencies to provide support and assistance to them.”

The town council said it is cooperating with police investigations and urged those with more information on what had happened to contact Bedok Police Division on 1800-244-0000. 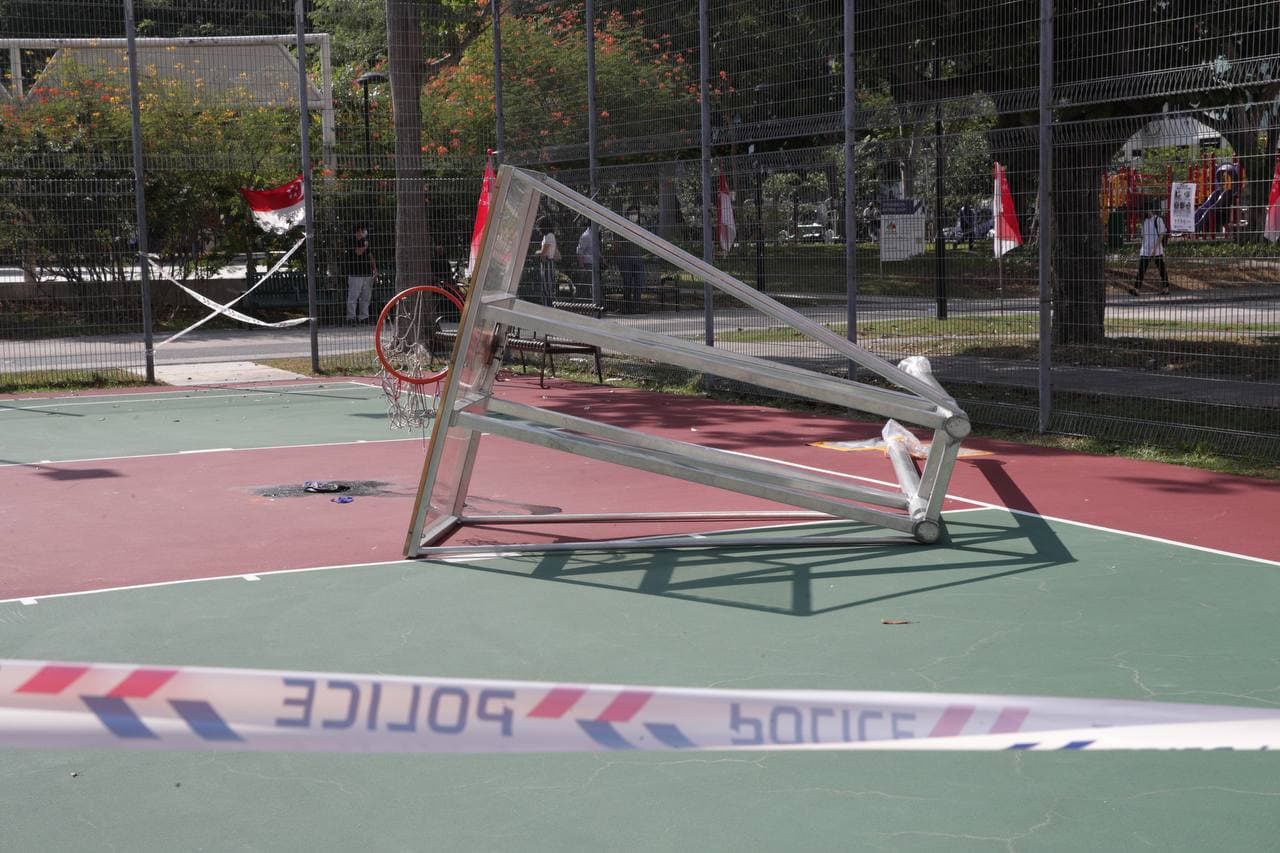 ST understands that the boy is a student of the Institute of Technical Education (ITE).

When ST arrived at the basketball court at about 10.30am on Tuesday, the fallen structure and a large stain of dried blood were seen.

The area was cordoned off by uniformed police officers as many residents looked on. 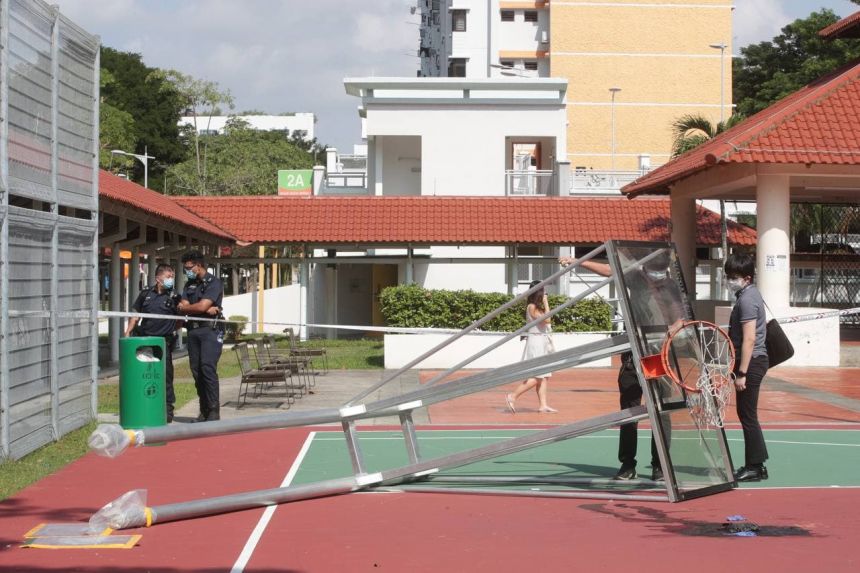 Investigators and policemen at the scene, on July 27, 2021. ST PHOTO: TIMOTHY DAVID

A resident, who wished to be known only as Ms Yap, said that she heard a loud bang on Tuesday night and went to the corridor to take a look.

The 58-year-old housewife told ST in Mandarin: “I saw a lot of people crowding around the court. The boy was lying there with a lot of blood and people were resuscitating him.”

At about 11am, six men from a contracted company removed the structure from the court.

Deputy Prime Minister and MP for East Coast GRC Heng Swee Keat was spotted at the basketball court at 11.45am speaking to residents.

ST understands that DPM Heng had visited the family of the victim to offer assistance. 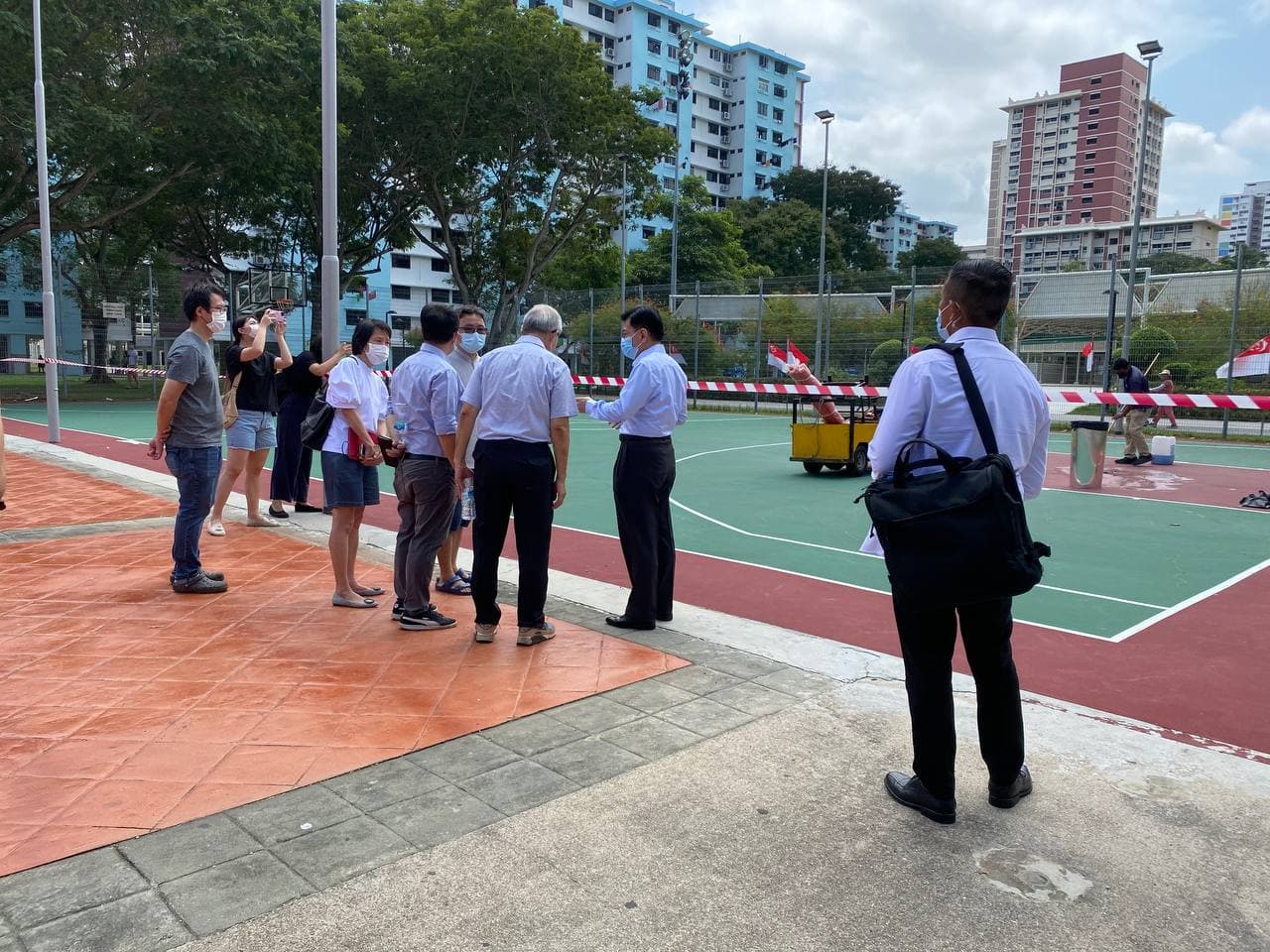 In a video uploaded by Facebook user Ak Ong onto the Chinese Daily Lianhe Wanbao’s page last night, the basketball hoop structure can be seen completely uprooted from the ground.

Several onlookers watched as paramedics administered CPR to the boy lying on the court.