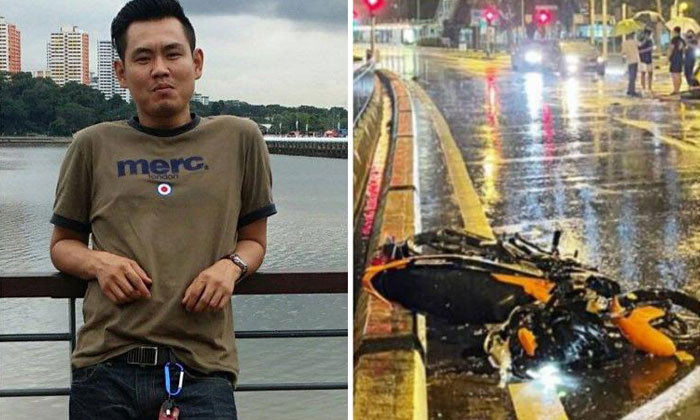 A Malaysian working in Singapore died in a road accident in Tampines one day before he was due to return home using the vaccinated travel lane (VTL).

The 36-year-old welding technician was riding his motorcycle when the accident occurred on Tampines Avenue 1 in the early hours of Thursday (Feb 24), Shin Min Daily News reported.

Mr Mohammad Syaifful was reportedly trying to avoid a 72-year-old man crossing the road. It appears he then lost control of the vehicle and crashed.

He later died of his injuries in hospital. The elderly pedestrian was also taken to hospital.

In a phone interview with The New Paper, his father Abdul Rahman Kamari said he knew at first only that his son had been involved in a traffic accident.

Mr Rahman, 66, said in Malay: "It was only later that I realised that my son had died."

He last saw Mr Syaifful, the eldest of four children, in January.

He said his son, who was divorced, had been working in Singapore for about five years to support the family.

His wife, added Mr Rahman, was still in shock and could not believe that their son had "returned home for good in a coffin". 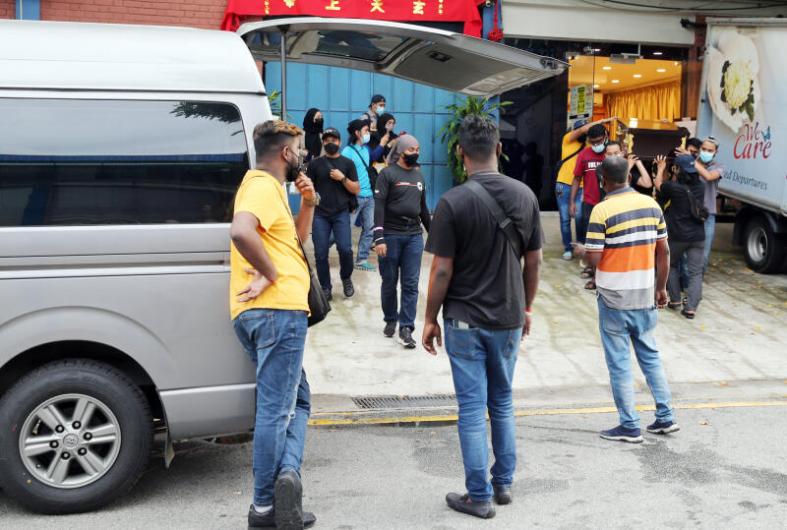 Mr Syaifful's friends had come together with the help of charity organisation 1ThirdMedia Movement to arrange for his final journey.

A convoy of motorcycles and cars accompanied his casket from Singapore Funeral Services at Toa Payoh to Tuas Checkpoint on Feb 24. He was laid to rest at a cemetery in Batu Pahat. 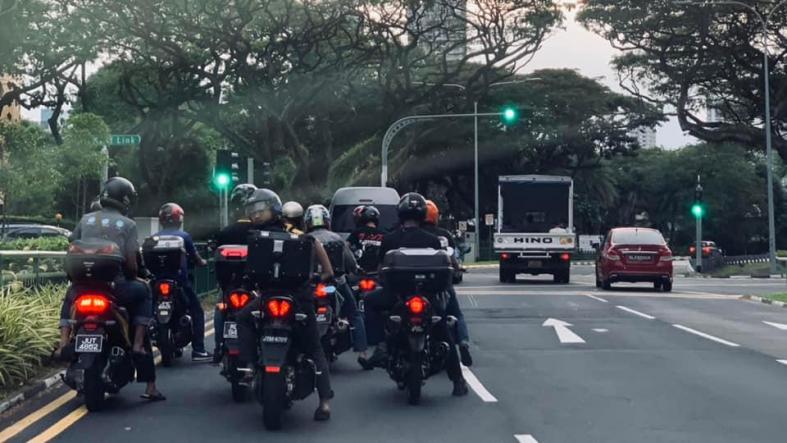 Mr Rahman wanted to express his gratitude to his son's friends for their help, which included a donation drive.

"My son must have been a good man, for him to be loved and cared for by so many," he said softly. "We know that he is with Allah now."

A colleague of Mr Syaifful's, identified as Ms Amirah, told Shin Min that it was raining at the time of the accident.

The 25-year-old was reportedly on her way home in a private-hire vehicle when she saw Mr Syaifful unconscious, bleeding from the head.

In response to queries from Shin Min, the police said they received a call for assistance a little after 1.45am that day, and were investigating.