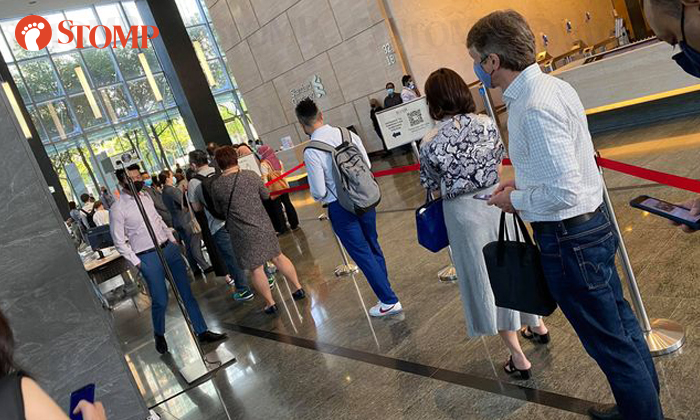 A technical glitch caused several lifts at Marina Bay Financial Centre Tower 1 to break down during the morning rush hour on Thursday (March 11).

Stomper J, who works in the building, said that six passenger lifts were down and that people had to use the service lift instead.

She shared photos showing a long queue for the service lift at around 8am. 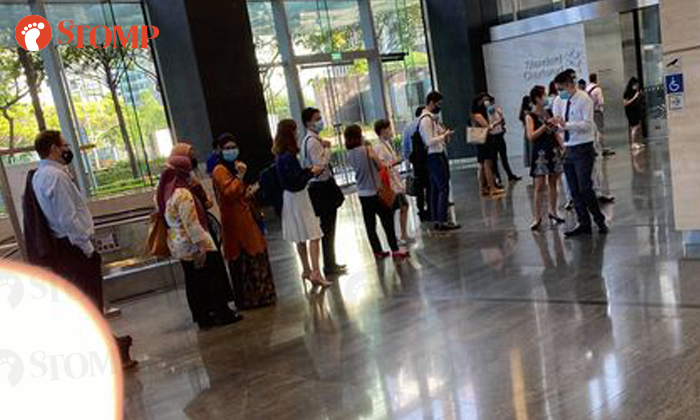 J told Stomp: "I was there waiting for the service lift at around 7.50am.

"There was a long queue for the lift that snaked all the way to the drop-off point/taxi stand area, so I only got up to my office at 8.30am.

"On the whole, the management team managed things quite well. Despite many queries as to what was going on, the situation was calm except for some who felt frustrated."

In response to a Stomp query, a spokesman for Marina Bay Financial Centre said there was a technical glitch that temporarily affected lift operations.

"Resources were directed onsite to assist tenants to use the service lifts, as well as one of the passenger lifts," the spokesman added.

"By 9.15am, all the lifts were back in operations and the issue has since been resolved.

"We apologise for the disruption and any inconvenience caused to our community in the morning."