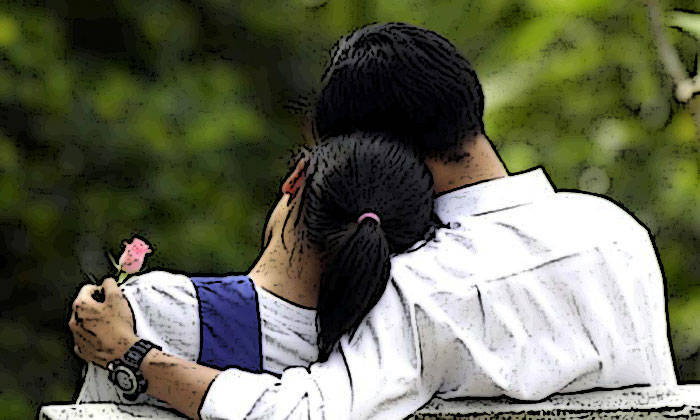 A teacher from one of Singapore's top schools entered into a relationship with a female student and committed indecent acts on her at his workplace.

On one occasion, he slipped his hand underneath her pinafore and touched her private parts. On another occasion, he pressed his body against hers and said: "I can do anything now."

The Singaporean man, now aged 46, pleaded guilty in a district court on Monday (Nov 9) to two charges under the Children and Young Persons Act. Two other charges under the same Act will be considered during sentencing.

Details about the offender and the school cannot be disclosed owing to a gag order to protect the identity of the victim, who is now 24.

The court heard the victim returned to the school in 2014 as a relief teacher and began showing signs of an eating disorder.

In 2016, the man left the school and about two years later, the victim told a woman teacher about the relationship and a police report was made in October 2018.

Court documents did not say why she decided to break her silence.

On Monday, Deputy Public Prosecutor Asoka Markandu told the court the man joined the school in 2009 and got to know the victim when he taught her the following year.

The offender was also the teacher in charge of a co-curricular activity and she was its student leader.

The man and the girl started to share details about their personal lives in September 2010. They would meet after lessons in or outside the school for coffee.

They also communicated through text messages. The man was on holiday in London in December 2010 when they declared they missed each other.

"The victim understood from the conversation that the accused wanted her to treat him as a partner. When the accused and victim returned to the school in January 2011, they began to meet up more frequently in the school," DPP Asoka said.

"The accused and victim would lean on each other for their emotional issues. By the end of February 2011, they were in a relationship and would hold hands when they were alone in school."

Sometime between March and May 2011, when they were alone in a room in the school, he grabbed her wrists, held them up against a wall, pressed his body against hers and said: "I can do anything now."

He released her about 15 seconds later, the court heard.

The DPP said: "The victim recalled feeling confused and embarrassed by the actions of the accused. The victim did not react or say anything in response to the accused's verbal statement."

They were in the room on another occasion when he touched her private parts, taking her by surprise, the DPP added.

They broke up shortly after the June 2011 school holidays when he told her the relationship was over. But they continued to keep in contact with each other.

The victim returned to the school in 2014 as a relief teacher for six months, during which she developed an eating disorder. They finally ceased all communication in November 2016.

In August 2018, she told a woman teacher at the school about her relationship with the man.

The teacher spoke to the school's vice-principal, who alerted its principal. The principal made a police report on Oct 2, 2018.

For each charge under the Children and Young Persons Act, an offender can be jailed for up to two years and fined a maximum of $5,000.

Responding to queries from The Straits Times, the Ministry of Education (MOE) said that the man was no longer working for it when the incident was reported in 2018.

Its spokesman added: "MOE takes a serious view of staff misconduct and will not hesitate to take disciplinary action against those who fail to adhere to our standards of conduct and discipline, including dismissal from service."

Related Stories
Teacher who kissed 14-year-old student twice on her lips gets 6 months' jail
Tutor dated and had sex with Primary 6 girl who considered him her 'soulmate'
Teacher performed indecent acts on student, said she deserved to be raped and proposed being 'FWB'
More About:
court
teacher
sexual assault