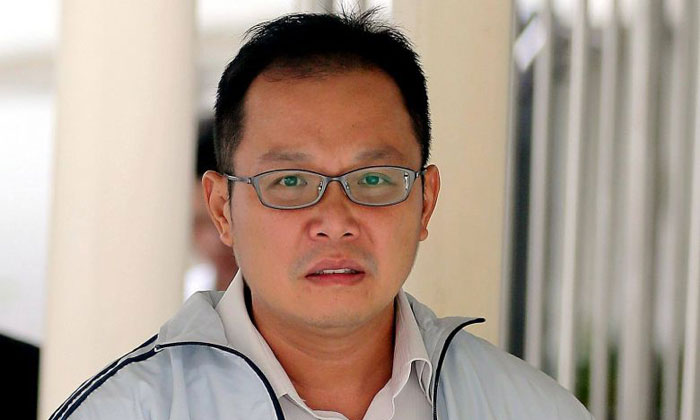 A secondary school teacher was found guilty of making two counterfeit Singapore $100 notes and using them to pay for massage services from a Vietnamese woman.

"In late July 2015, I photocopied two $100 notes of the same serial number using my home printer and ordinary A4-sized paper. It was an experiment to use it as a teaching tool, to excite and engage the students during my maths class because I believe many of them have not seen a $100 note before."

He added: "Since it was SG50, I wanted to infuse national education in my subject."

He brought the fake notes with him when he went to Orchard Towers on Aug 3, 2015 and negotiated with Ms Nguyen Nhu Trang for her services, reports The Straits Times.

He showed her the counterfeit money before putting it directly inside her handbag while they were sitting in his car.

They checked into a Fragrance Hotel branch in Balestier Road that day and checked out about an hour later.

Wong had earlier told the court: "She provided a full body massage for me and thereafter, we had sex."

When Ms Trang took the stand, she said that she only gave him an oil massage.

He told Judge Tay that he only realised that he had "mistakenly" given her the fake notes after he dropped her off at Kim Yam Road.

Ms Trang had tried to use the money to buy items at a supermarket and was caught by an alert cashier.