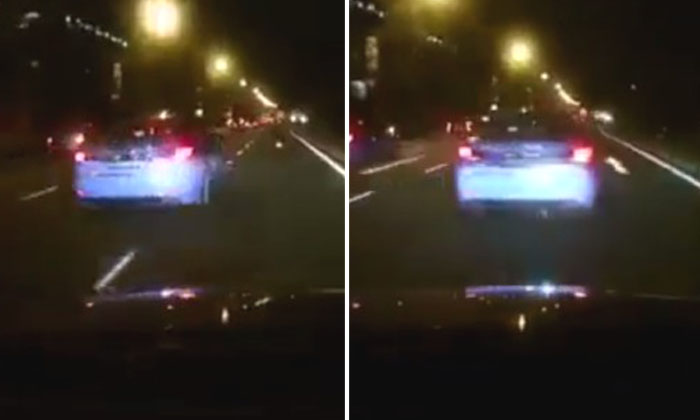 A taxi was captured on camera repeatedly swerving to block another vehicle.

A Stomper alerted us to the video posted on Facebook page Beh Chia Lor.

According to the caption accompanying the post, the incident took place on Dec 28 at about 11.27pm along Merdeka Bridge, which is in Kallang.

In the video, a vehicle driver had just filtered into the rightmost lane of the road.

Then, a taxi flashes its hazard lights forcing the vehicle driver to slow down.

The latter shifts to the middle lane but is blocked by the taxi, which had swiftly veered in front of the vehicle.

The vehicle driver then moves into the rightmost lane again, with the taxi continuing to try and block him.

However, it seems that there are too many vehicles on the road to continue with this cat-and-mouse game and the video ends with both the taxi and the vehicle on the rightmost lane.

In the comments section of the post, many netizens observed that the vehicle driver was going too fast.

Related Stories
You're not supposed to turn right from this lane, but this Ferrari driver does not care
Driver stops in the middle of CTE to make late exit at Moulmein Road
Driver posts video to slam cabby for cutting into his lane, but gets flamed by netizens instead
More About:
dangerous
reckless
inconsiderate driver
inconsiderate
cabby