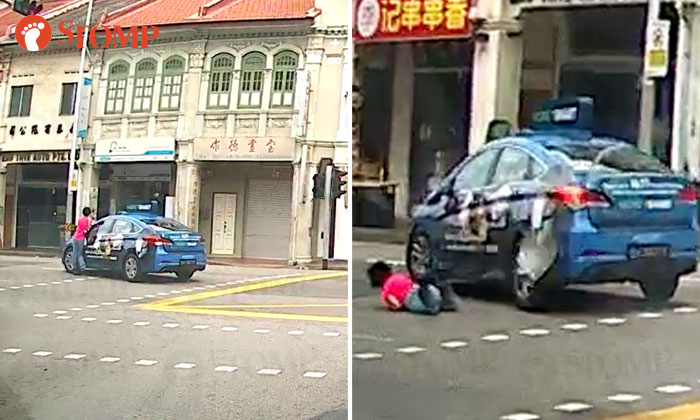 A female pedestrian was knocked down by a taxi despite the green man showing and her having the right of way.

Stomper Byron alerted Stomp to the accident that happened at the junction of Kitchener Road and Jalan Besar on Sunday morning (Apr 14).

In a video shared by Byron, the cabby is seen initially indicating his intention to turn right while in the second lane before apparently changing his mind and turning left.

The green man is showing at a woman wearing a pink shirt and jeans is seen crossing the road.

She does not notice the taxi who then knocks into her and causes her to fall to the ground.

"The taxi driver with licence plate number SH7907X did not stop and give way," said Byron.

In response to a Stomp media query, the police said they were alerted to the accident at about 9.42am.

"The female pedestrian refused conveyance to the hospital," a police spokesman said.