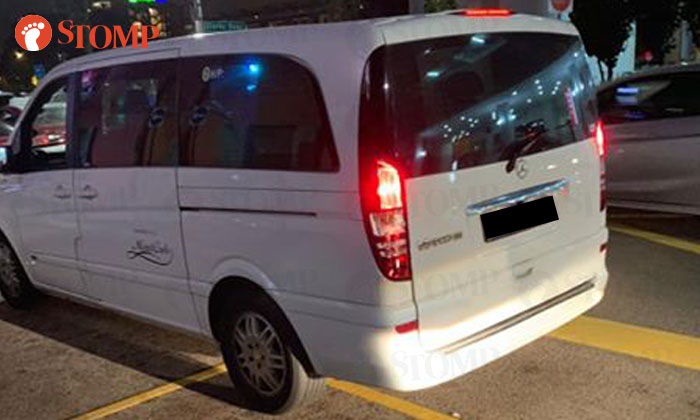 Stomper Lee was taken aback when a cabby quoted an $85 fare to get to Punggol and Yishun from Clarke Quay in the early hours of Saturday morning (Feb 9).

Lee and his friend were having trouble getting a cab as there was a snaking queue at the taxi stand near Liang Court at around 4am.

"We were curious why nobody was taking the Maxi Cabs waiting at the taxi stand so we tried to ask," he said.

In a voice recording shared by Lee, the taxi driver is heard telling them the ride would cost $85.

"We were shocked at the price," he said.

Lee told Stomp that considering the time and the distance, he was expecting the fare to be about $55 to $60 because it was a "big cab".

"I was curious why the driver quoted a flat rate instead of using the meter.

"I know there are some locations where you pay a flat rate at a Maxi Cab booth.

"But I've also taken a Maxi Cab before and the driver went by meter because he picked me up from a taxi stand.

"I was wondering if the driver at Clarke Quay is allowed to do this."

In the end, Lee said that he and his friend walked from Clarke Quay to Orchard to get a taxi.

He told Stomp the ride in a 5-seater cab from Orchard to Yishun via Punggol was less than $40.

"Some people tell me this is common, but I'm confused because I know Maxi Cabs can go by meter," he said.

"I thought only special places like Sentosa or advanced bookings warrant special prices."

In response to a Stomp media query, a spokesman issued the following statement:

"In Singapore, there are flat rate and meter service cabs. It is very important that the driver or companies quote a rate that is accepted by the passengers before embarking on a ride."