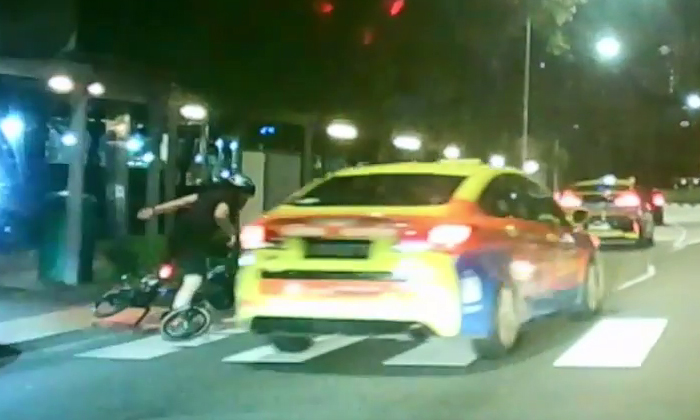 A taxi driver was caught on camera failing to stop for a cyclist at a pedestrian crossing.

Facebook page Roads.sg shared a video of the incident that occurred along Old Airport Road on February 24, at around 9.20pm.

In the video, a yellow cab can be seen going past a cyclist who was starting to cross the road on her bicycle. It is unclear if the taxi had hit the cyclist.

The cyclist is seen losing her balance and gesturing angrily at the taxi, which did not stop.

Witnesses to the incident can be heard exclaiming in the background, "Oh my god" and "What the heck is wrong with you?"

Many questioned if the taxi had hit the cyclist like what was stated in the video caption. They also pointed out that road safety is a shared responsibility and that both parties should have kept a better lookout.

More safety tips for drivers, cyclists and other road users can be found here.