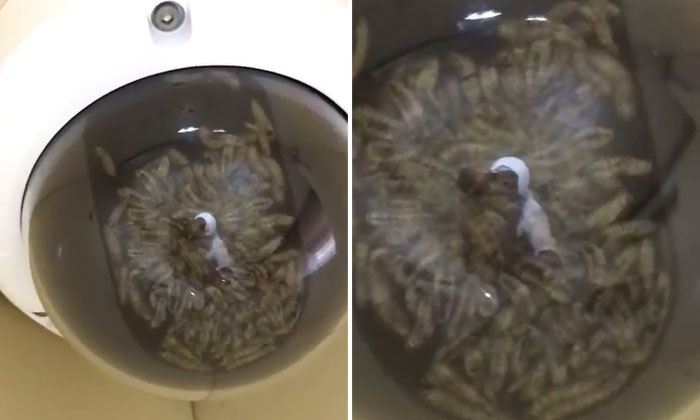 Tampines Town Council has removed maggots spotted trapped in a lift's CCTV camera after a video of the wriggling organisms was posted on Facebook.

Facebook user Muhammad Farhan posted a video of the maggots on his page on Wednesday (May 20).

The video has since garnered over 39,000 views from netizens horrified by the goosebumps-inducing sight.

Farhan called for action to be taken by authorities and added that it was disgusting and that the lift "stinks".

In response to a Stomp query, a spokesman from Tampines Town Council said: "We were made aware of the incident only through the Facebook post and were unable to verify earlier feedback after checking with feedback provider.

"Nevertheless, the Town Council has contacted the resident and has taken immediate action to remove the maggots.

"The lift was also cleaned and disinfected thoroughly.

"A thorough investigation was conducted and a carcass of a bird was found on the lift car top.

"The bird is likely to have flown into the lift shaft during one of our monthly lift servicings and the carcass has since been cleared.

"This is an uncommon case and we will set up procedures to prevent a repeat occurrence."