Tampines Secondary: Students fighting in toilet were 'sparring for fun' 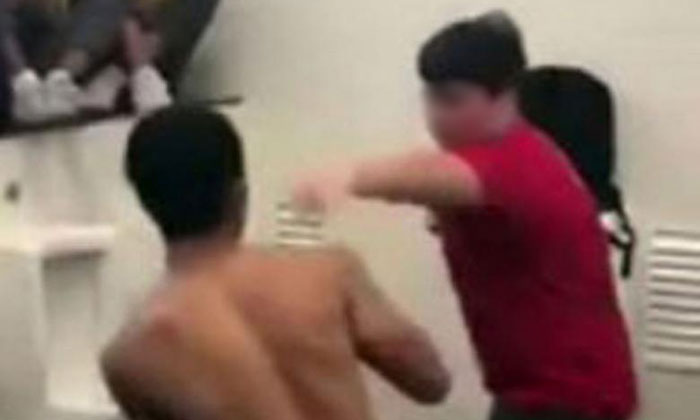 A viral video of two Tampines Secondary School students fighting in a toilet was a "sparring session arranged for fun", a school spokesman said on Monday (May 6).

According to the spokesman, the incident took place after school on May 3.

The 48-second video which first surfaced on Reddit earlier on Monday shows two boys punching and wrestling with each other.

One boy is not wearing a shirt while the other has on a red T-shirt with the words "Team Sirius". Sirius is one of four houses at Tampines Secondary School.

Surrounding the pair are at least eight other boys observing the fight.

Eventually, the shirtless boy backs his opponent into a corner, and stops when the onlookers tell him to do so.

Towards the end of the clip, the two boys hug each other.

The video was shared on online forum Reddit first by user Lord_Vile1 and later posted to the site's r/singapore thread at about 9.15am on Monday.

The school spokesman said that investigations had revealed there was no animosity between the students, who were not injured.

"Nonetheless, we view this incident seriously and have counselled the students, who have expressed remorse for their actions," said the spokesman.

He added that the school is also working closely with the parents of the students to ensure that all students involved learn from the incident and take responsibility for their actions.