Tampines resident who turned passageway into 'storeroom' given time, assistance to clear items 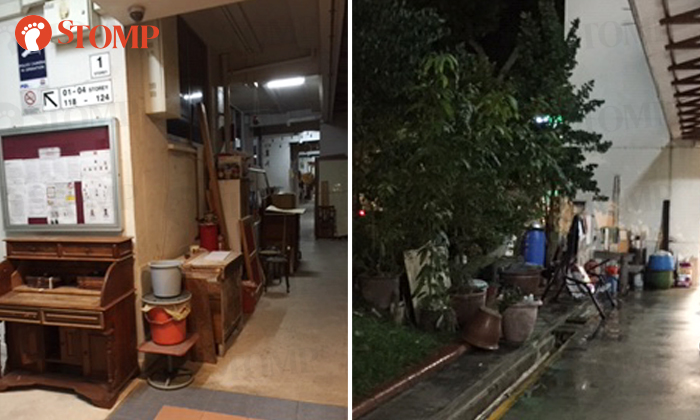 A resident who left clutter at the common passageway of a Housing Board (HDB) block in Tampines has been given time and assistance to remove the items, said the town council.

Stomper DQ had shared photos of the clutter on the ground floor of Block 464 Tampines Street 44 on Tuesday (July 28).

He said: "The resident has turned the passageway into a storeroom. The whole passageway is obstructed by a cabinet, a sewing machine and all kinds of bulky items."

DQ also raised concerns over the clutter being a fire hazard.

Responding to a Stomp query, a spokesman for Tampines Town Council confirmed that it had received feedback regarding the clutter along the passageway at the block.

The spokesman shared: "We have been engaging with the resident and have given them some time to sort and clear their items.

"We have also provided assistance to the resident with the removal of bulky items.

"We will continue to work closely with the resident and will monitor the situation."