Taking PSLE seemed 'impossible' after brain surgery, but teen did it 'with support from everyone' 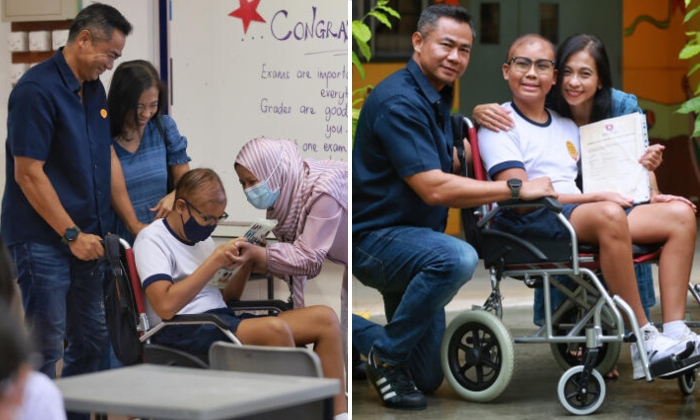 An operation to remove a cancerous brain tumour three years ago left Izzat Hakim Sharif bedridden for more than half a year, and unable to speak, swallow, move or walk.

He also could not attend school, and had to undergo several months of radiation and chemotherapy.

That also meant Izzat had to miss the Primary School Leaving Examination (PSLE) in 2019, when he was in Primary 6 in Gongshang Primary School.

He finally returned to school this year after regaining some strength, and with the support of his family and school, was able to sit the exam.

Collecting his results in a wheelchair with his parents on Wednesday, Izzat, 15, said he was happy, particularly with the A grade that he got for his foundation-level mathematics. He scored Bs for English language and science. 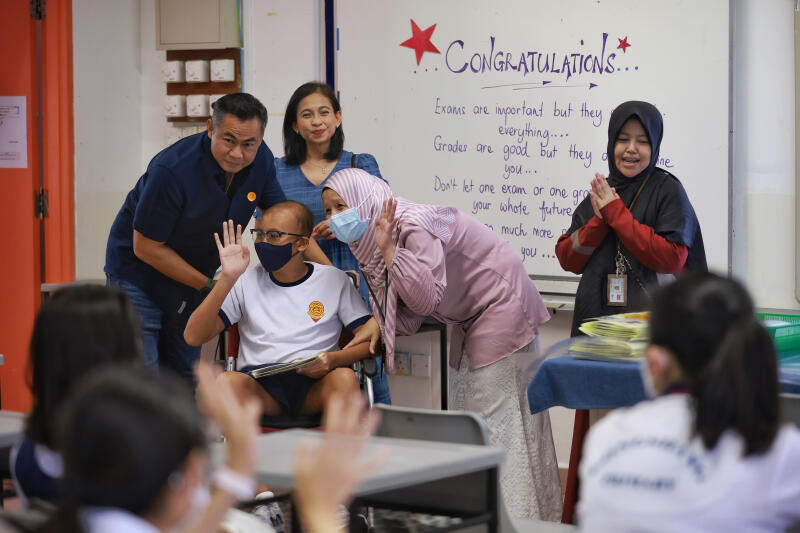 Izzat was one of 37,095 pupils who took the PSLE this year. Similar to last year, 98.4 per cent of the batch did well enough to progress to secondary school.

This is the second year the PSLE was held under the new Achievement Level (AL) scoring system.

This year, 68.4 per cent of the cohort qualified for the Express course in secondary school, another 18.7 per cent were eligible for the Normal (Academic) course, and 11.3 per cent for Normal (Technical).

About 62 per cent of those from the Normal (Academic) and Normal (Technical) courses qualified to take at least one subject at a more demanding level in secondary school. This is compared with 65 per cent last year.

Speaking to The Straits Times before receiving his results, Izzat said: “Taking the PSLE seemed impossible after the surgery... but with the support of everyone, I feel blessed that I could complete it.

Izzat’s diagnosis of metastatic medulloblastoma, a cancerous brain tumour, came as a shock to him and his family in early 2019.

The two surgical operations he went through affected his psychomotor skills as he suffered a condition known as posterior fossa syndrome, where he lost his ability to speak and control his muscles, among other symptoms.

He also struggled to see and hear clearly, and was constantly fatigued.

This was especially difficult for him as he was an athlete, participating in his school’s track and field team as a long jumper and in the relay team. He also played sports like basketball, badminton and football.

He has since regained the ability to swallow and speak, although his speech is slow and hesitant. He has not been able to walk yet.

Izzat, whose cancer is in remission, said: “I felt sad and frustrated at that time... but I try to remain positive by thinking of happy things I like to do.”

He was also eager to return to school. “Being at home is boring. I wanted to make friends and start learning,” said Izzat, whose favourite subject is maths.

His school and parents made special arrangements to make that happen. 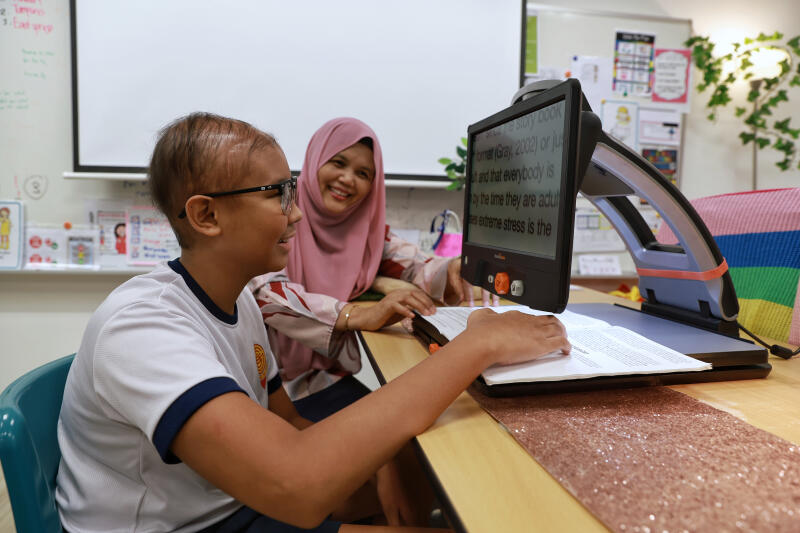 Gongshang Primary moved around his classes – he took only core subjects English language, maths and science – so that he did not have to stay in school for too long. His classroom was also moved from the third floor to the first, so it would be more accessible.

His parents also employed a domestic helper to help him in school with basic needs like going to the washroom and eating.

Izzat’s father Sharif Shariman, 52, who works in the aviation sector, said: “We don’t know if the same arrangements can be made in secondary school... But the fact that he likes going to school and wants to learn makes it easier for us.”

Izzat, who will likely apply to St Hilda’s Secondary School, said: “I hope to just get better and stay happy... I hope to do the things I like to do again one day, like running and jumping.”

His form teacher, Madam Suryati Abdul Latiff, said: “Izzat inspires his classmates... He’s very cheerful and he loves coming to school. He’s emotionally very strong and determined, and we learn so much from him.”

Another pupil, Ong Herr Yuo, from Dazhong Primary School, said he was happy with his AL score of nine. He had applied to join Swiss Cottage Secondary School via the Direct School Admission scheme through Chinese orchestra.

“I didn’t have any experience in music before primary school because my parents couldn’t afford it... I discovered my interest in music at the end of Primary 1 when I heard the orchestra perform and it was so beautiful,” said the 12-year-old, who learnt the viola in Primary 3 in his junior orchestra co-curricular activity.

“I’m very thankful... if not for school, I wouldn’t have picked up any instrument,” he said, adding that he hopes to learn how to play the erhu in secondary school. 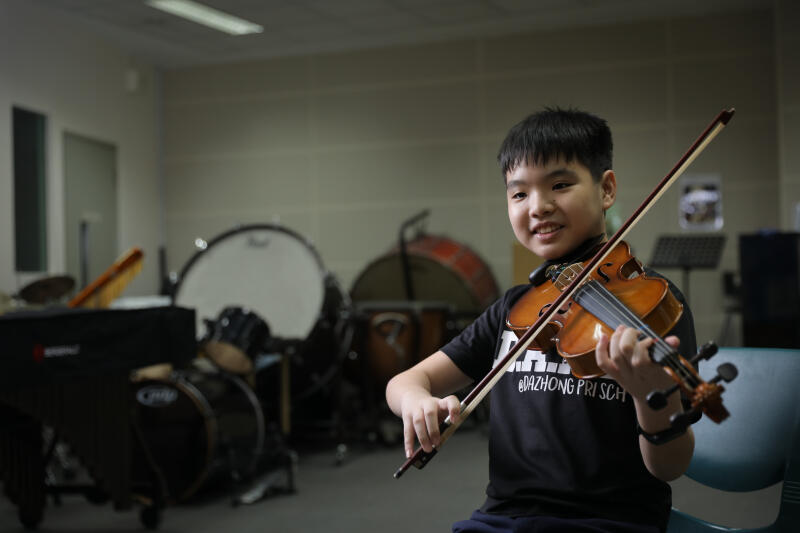 Related Stories
Haidilao slammed for being 'elitist' after offering promo based on PSLE scores in now-deleted posts
Boy, 12, hit by car in Choa Chu Kang was supposed to sit for PSLE this week
PSLE 2019 maths paper that left some pupils in tears draws backlash from parents
More About:
PSLE
primary school
cancer
brain tumour