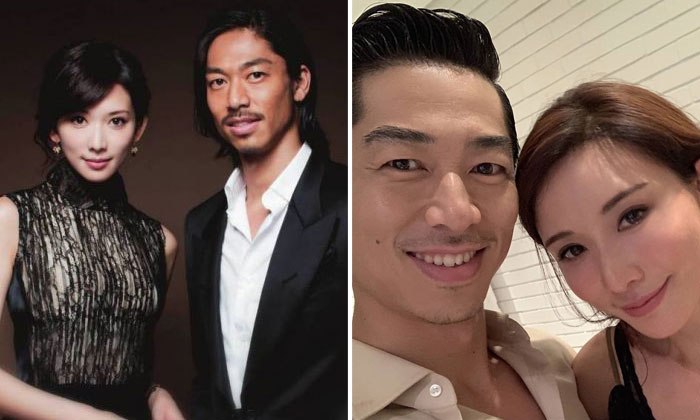 In a shocking announcement, Taiwanese supermodel Lin Chi-ling revealed that she has tied the knot - with Japanese boyband Exile's member Akira.

Lin, 44, posted a photo of herself with Akira, 37, on Chinese microblogging site Weibo on Thursday night (June 6), with a long note.

In it, she says: "I have always believed that if I believe in love, love will one day reward me. After many falls, twists and turns, we met at a different time - a right time, which showed us the face of love."

She ended the note by saying: "I'm married! I hope that everyone of you who believes in love will find a happiness that belongs to you."

Her post jumped to the top of Weibo's realtime trending charts and garnered over 700,000 likes and over 100,000 retweets in less than 40 minutes.

Akira, whose real name is Ryohei Kurosawa, has been part of Exile as a performer and dancer since 2006 and is considered part of its second generation. Exile is a popular boyband in Japan that has 19 members, 15 of whom are active, and operates under a system where new members can join while old members depart or retire.

Akira also posted on both Weibo and his official Instagram account. He explained that he and Lin met eight years ago during the Japanese stage play production of Red Cliff. Lin, whose modelling work led her to acting opportunities, played Xiaoqiao in John Woo's historical film Red Cliff (2008) and reprised her role for the stage play, starring opposite Akira, who played her husband - the strategist Zhou Yu.

He added that Lin and him stayed friends after the stage production and started dating at the end of last year.

In an English Instagram caption that followed a lengthy Japanese one, he said: "With a smile, she always accepts me for who I am, and I constantly feel nothing but appreciation for her kindness. It pushes me to be better and I truly want to make her happy."

On Weibo, he shared Lin's post and added in Chinese: "I will make you happy for the rest of your life."

The news of their marriage came as a shock as Lin and Akira were not previously reported to be dating. Lin was linked to Taiwanese actor Jerry Yan previously. The two were in an on-again-off-again relationship and were photographed vacationing together in 2017, sparking talk of reconciliation.

She was also once linked to Scott Chiu, the scion of a major bathroom fixtures firm in Taiwan.

Taiwanese media reported that Yan, who is filming in Beijing, was surprised and unaware of Lin's marriage news beforehand.

Many celebrities have come forth to give Lin their well-wishes with home-grown singer JJ Lin, actresses Ruby Lin, Shu Qi and Charlene Choi leaving messages of congratulations.

Taiwanese talk-show host Kevin Tsai, best known for hosting Mr Con And Ms Csi with Dee Hsu and a close personal friend of Lin’s, dedicated a post to her on his Facebook page.

Related Stories
Jerry Yan confirms KL rendezvous with Lin Chiling:"I'm happy to be in contact with her"
What the studio said about Lin Chi-ling working alongside co-star Dee Hsu in their first movie together
You'll be green with envy when you see what Lin Chi-ling gave her staff this CNY
More About:
entertainment
Lin Chi-ling
celebrity
marriage
Taiwan