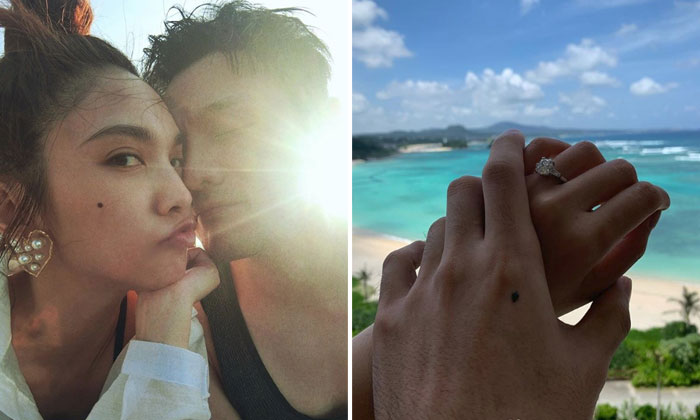 Some guys have all the luck.

On Thursday (July 11), Chinese singer Li Ronghao posted on Weibo that "today is my 34th birthday" and that his birthday wish came true.

"It's also the anniversary of my wedding proposal. Thank you for saying yes," he added.

A photo of him and Taiwanese singer-actor Rainie Yang, 35, out at sea, on holiday, was also posted.

The couple have dated for four years and kept their relationship mostly low-profile, with rare public displays of affection.

But they have a habit of sending each other birthday wishes online.

Yang previously said her dream partner must be "someone who is responsible, filial and able to earn his own keep".

The duo have been dogged by rumours of their marriage in the past.

Once, an exasperated Yang issued a humorous denial on Weibo, with a photo of herself rubbing her eye and looking helpless.

She wrote: "What? How come I don't know I got married?"

Li is performing in Singapore on Oct 19, prompting talk among fans here over whether Yang could pop up on stage too.

In 2017, Taiwan fans went wild when he kissed her at his concert in Taipei, making her cover her face in embarrassment.

Li's happy announcement is a respite from recent reports of celebrities going their separate ways.

South Korean actor Song Joong-ki has said he is seeking a divorce from actress Song Hye-kyo while Chinese actress Fan Bingbing is ending her engagement with actor Li Chen.