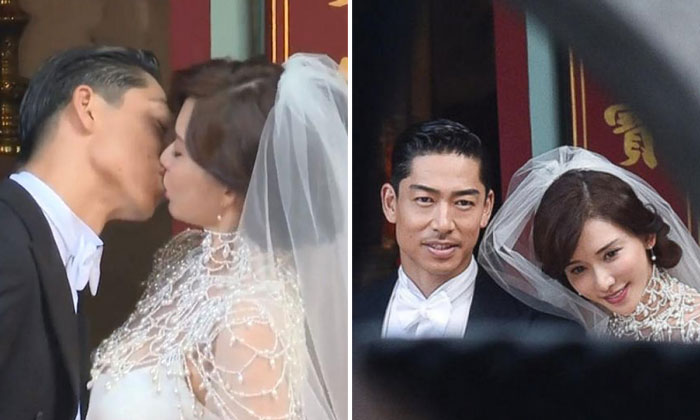 Chiling Lin has asked guests not to give her hongbao.

The Taiwan model and Japanese actor-singer Akira held their wedding on Sunday (Nov 17) in Tainan in Taiwan.

So what do you give a bride who is well-off?

Her choice to go traditional - Tainan is her father's home town - has solved the headache for the authorities in Tainan who want to reap publicity and ramp up its tourism appeal.

Noting that the challenge to present Lin with appropriate gifts is harder to tackle than fielding a candidate for elections, Tainan mayor Huang Wei-cher said the authorities decided to treat the wedding as though the city was "giving Lin away". 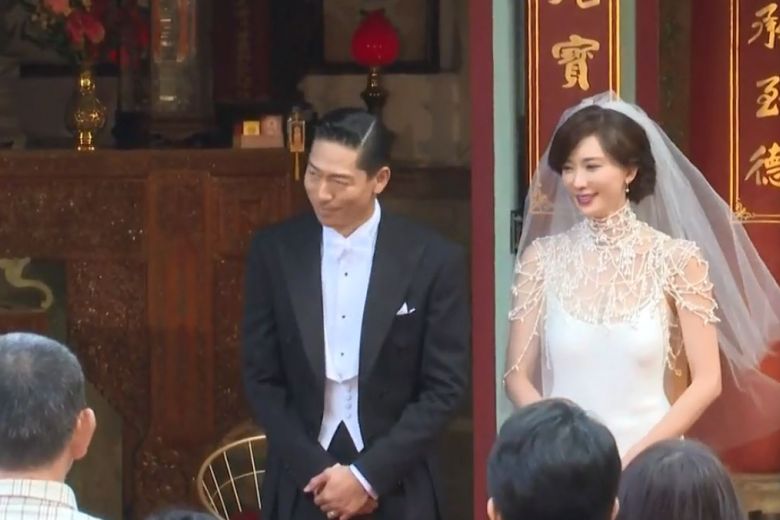 It gifted Akira's family with items that are linked to traditional marriage rites, such as oil, salt, firewood, vinegar and tea.

Only the best sources in Tainan have been tapped for the products so that Tainan's honour will be protected.

According to Taipei Times, the couple also received a set of silk bedsheets and pillowcases as well as dried longan and longan honey to welcome the arrival of sons in the family.

Lin, 44, who announced her marriage to Akira, 38, in June, held the wedding at the Tainan Art Museum.

To allay fears of damage to the museum's Building One, which was once Taiwan's oldest police station, the event organisers used the open space between the building and the newer Building Two instead.

The space can accommodate up to 15 tables.

Up to 100 people had been expected to turn up, with invitations reportedly sent to TV host Dee Hsu, comedian Mickey Huang, actress Ariel Lin and singer Wang Leehom among others.

A live telecast showed Lin, reportedly wearing a Ralph Lauren gown, and Akira starting the ceremony from early in the afternoon. They gave speeches and received good wishes from family and relatives.

Related Stories
Lin Chi-ling said to have visited fertility clinic in bid to be a mother in 2020
Lin Chi-ling denies she is pregnant, says she is working on being "irreplaceable good wife"
Is he finally over Lin Chi-ling? Jerry Yan appears relaxed when meeting fans in China
More About:
entertainment
celebrity
Lin Chi-ling
Wedding
marriage
celeb couple
Taiwan