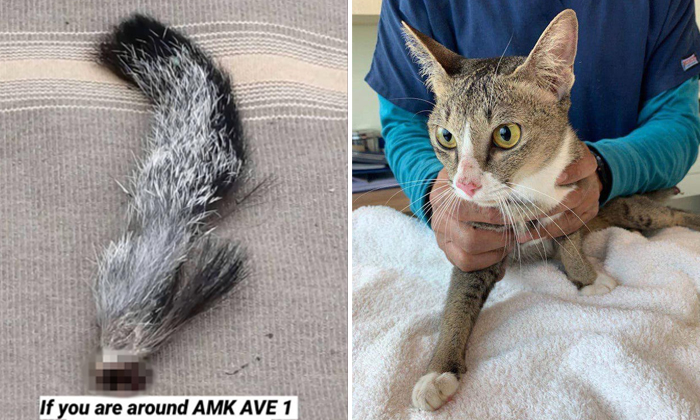 The Society for the Prevention of Cruelty to Animals (SPCA) is investigating an incident in which a community cat in Ang Mo Kio was allegedly found with its tail cut off.

A Stomper, whose friend found the tail, alerted Stomp to the incident.

According to a Facebook post on Tuesday (Mar 10), cat feeders were out looking for the injured animal in the vicinity of Ang Mo Kio Avenue 1 following the discovery of the tail.

The Facebook post, which has since been removed, also appealed for members of the public to help look for the cat.

The cat was later found by a man and handed over to the SPCA, added the post.

Responding to a Stomp query, SPCA's executive director Dr Jaipal Singh Gill said: "The SPCA picked up the cat on Mar 10 and our Community Animal Clinic is currently treating the cat’s tail wound. The cat is doing well.

"We are unable to determine the cause of the injury from the vet examination. Our inspectors are investigating the case."