Syndicate that arranged for Chinese women to carry out vice activities in S'pore smashed, 201 arrested 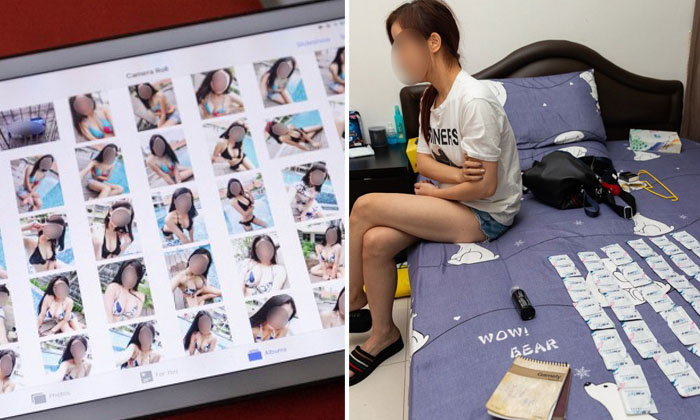 A total of 201 men and women were arrested by the Singapore Police Force (SPF) and the Ministry of Public Security (MPS), People's Republic of China in a joint operation, conducted between Oct 22 and Nov 23, against a transnational vice syndicate.

The police said in a statement yesterday (Dec 3) that officers from the SPF and MPS coordinated simultaneous raids at 83 locations in Singapore and in various parts of China during the joint operation.

A video of the operation was posted on the Singapore Police Force's Facebook page.

The Singapore Police Force (SPF) and the Ministry of Public Security...

The vice syndicate in China was operating a vice website which advertised the sexual services of Chinese women in Singapore, preliminary investigations found.

The syndicate was operating mainly at private apartments and HDB flats in the heartlands and was believed to have arranged for the Chinese women to travel to Singapore to carry out vice activities.

The police said they will continue to clamp down and take tough enforcement action against such illicit activities.

Under the Women’s Charter, any person who knowingly solicits, receives or agrees to receive any gratification as an inducement or reward for providing any service, and who by providing that service does or will aid the prostitution of another person (being a woman or girl), shall be guilty of an offence and will be jailed up to five years and fined up to $10,000 if convicted.

Any male person who is convicted of a second or subsequent offence shall, in addition to any term of imprisonment imposed in respect of such an offence, be liable to caning.

The SPF said that they will continue to work closely with foreign law enforcement partners to tackle transnational crimes and ensure that perpetrators are brought to justice.

They are reminded to conduct regular checks on their tenants to prevent such activities from proliferating in residential estates.

House owners who knowingly rent their premises to any person for vice-related activities will be prosecuted and jailed up to three years or fined up to $3,000, or both.

In the case of a second or subsequent conviction, they will face a fine of up to $10,000 or jailed up to five years, or both.

“This successful joint operation is a result of the close collaboration between the SPF and the MPS, People’s Republic of China.

"I would like to thank the MPS for their strong and unequivocal support, which was instrumental in crippling this syndicate," said Deputy Commissioner of Police (Investigation Intelligence) and concurrent Director of the Criminal Investigation Department Florence Chua.