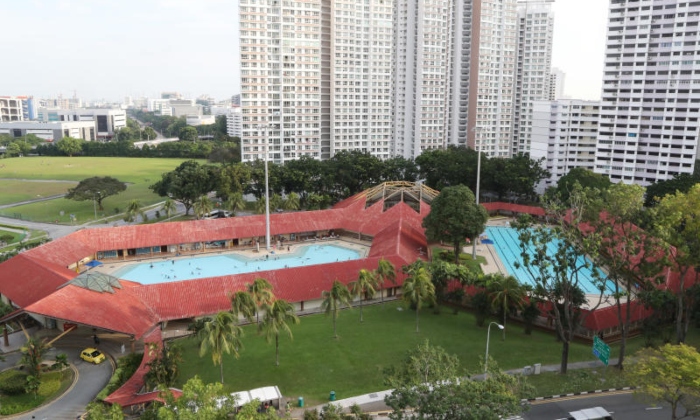 A swimming coach sexually abused a student for four years, carrying out sexual acts on the victim in public shower cubicles and inside his van from the time the boy was nine.

The man also invited the victim to his home to play computer games, and gave the boy alcohol before sexually assaulting him.

On Friday, Tan Kim Seng, 49, was sentenced to 18 years, 11 months’ jail and 21 strokes of the cane, after he pleaded guilty to five charges in the High Court.

The charges comprised one count of sexual assault by penetration, three counts of aggravated outrage of modesty and one count of possession of obscene films. Another 15 charges were taken into consideration.

The abuse started in 2012, about six months into the boy’s weekly swimming lessons at Bukit Batok Swimming Complex.

Tan would tell the victim to stay behind to swim extra laps to improve his skills or to simply chat after the other students had left. At least once a month, the coach molested the boy in the shower cubicle at the complex after the swimming lessons.

Tan told the victim not to tell anyone about what had happened, and the boy agreed; he believed that Tan was a good person, as the man repeatedly told him that he was a police officer during his national service.

Some time in 2013, the boy’s mother stopped fetching him home from the swimming complex, as Tan had offered to take the boy to his grandparents’ flat.

Tan sometimes took the boy out for dinner after the lessons, and bought him gifts. During the school holidays, he took the boy to other swimming pools where he held classes, and for outings to East Coast Park and Changi.

Through these acts, he gained the trust of the boy’s mother, who viewed Tan as a mentor to her son.

The boy, who grew up in a single-parent family, saw Tan as a father figure, and continued attending the swimming classes and going to the accused’s flat despite the assaults.

The victim realised the significance of the abuse after he attended sex education classes when he was in Primary 6.

He also confided in his mentor at school, but he was hesitant about making a police report because he was apprehensive about the stigma associated with sex offences, as well as the effect it would have on his grandparents and mother.

He finally made a report in September 2021 after his life coach introduced a lawyer to him to explain the criminal process, including the availability of a gag order to protect his identity.

Deputy Public Prosecutors Zhou Yang and Benedict Teong submitted a psychiatric report which stated that the victim, now 20, likely suffered major depressive disorder when he was around 13 years old. The boy also has post-traumatic stress symptoms and finds it difficult to trust people as a result of the assaults.

A separate psychiatric report stated that Tan has a paedophilic disorder.

Defence lawyer Cheryl Sim said Tan is deeply apologetic for the trauma he has caused and is ready to take responsibility for what he has done.