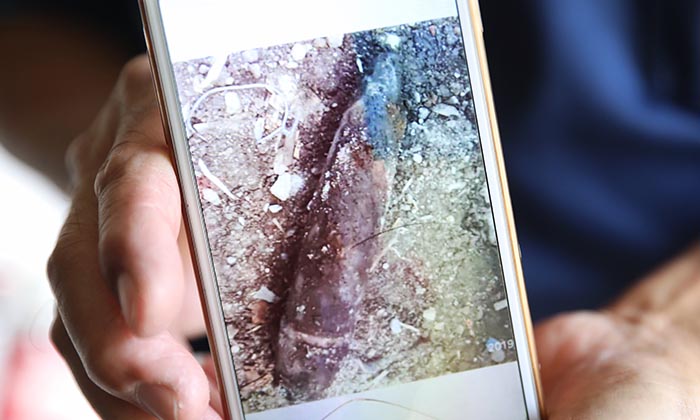 A suspected World War II bomb was found by a construction worker in a Geylang street near Aljunied MRT station on Tuesday (July 23).

The worker was digging the grounds of a half-constructed building in Lorong 23 when he made the discovery at around 9.15am.

Police were called to the scene at 10am, and by 12.15pm, the entire street was cordoned off. Seven police vehicles were spotted there.

Officers from the Singapore Armed Forces’ Explosive Ordnance Disposal (EOD) team were at the scene. By 1.15pm, the cordon had been scaled back to just the construction site.

The EOD officers were seen leaving the site 15 minutes later, while around 30 construction workers were seen taking shelter under the nearby MRT track.

The safety officer of the construction site, who wanted to be known only as Mr Subari, confirmed that the object, estimated to be about 30cm long, was not a live bomb.

Mr Roslan Abdul Ghani, a 58-year-old driver who works nearby, said: "The police came into the building and asked us to evacuate the place at around 11.30am."

This is not the first time a war relic has been found in the vicinity.

In 2012, another World War II bomb was found at the junction of Lorong 22 and Guillemard Road, a few roads away from the site of yesterday’s finding.

It was found on a patch of grass between a disused four-storey apartment and a drain.