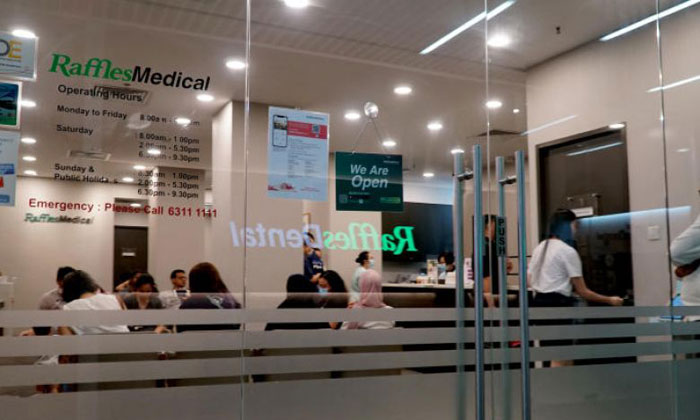 A patient who was suspected to have the Wuhan virus was identified at the Raffles Medical clinic in Causeway Point and sent to the hospital on Monday (Jan 27).

Mall operator Frasers Property confirmed the identification of a suspected Wuhan virus patient in a letter to tenants on Tuesday afternoon (Jan 28), but emphasised that it has thoroughly disinfected affected areas after the incident.

Viral messages circulating on various platforms such as Facebook and Twitter from Monday night had warned people of a suspected case detected at the mall and told them to stay away from it.

It was business as usual when ST visited the mall on Tuesday morning. More than a dozen patients were seen at the clinic.

Ms Jade Sun, 33, who manages a Japanese food outlet in Causeway Point, said: “My workers were worried about a case happening so close to where they are working, so I came to check on the situation.”

She said seeing the clinic open as usual gave them assurance. “If there was a problem, the clinic would have been closed.”

Meanwhile, Raffles Medical Group (RMG) is investigating the source of a photo that shows the identity card of the patient who was allegedly a suspected Wuhan virus case and a letter from its clinic referring him to Tan Tock Seng Hospital.

In the referral notes of the letter revealed online, the patient was described as having travelled to China from Jan 9 to Jan 17. He developed a cough, had mild breathlessness and other symptoms from Jan 15.

A RMG spokesman said that healthcare providers are required to screen all patients visiting their premises.

“For patients who present flu-like symptoms and with travel history to China in the last 14 days, the Ministry of Health (MOH) will be informed and the patient will be sent for further assessment. 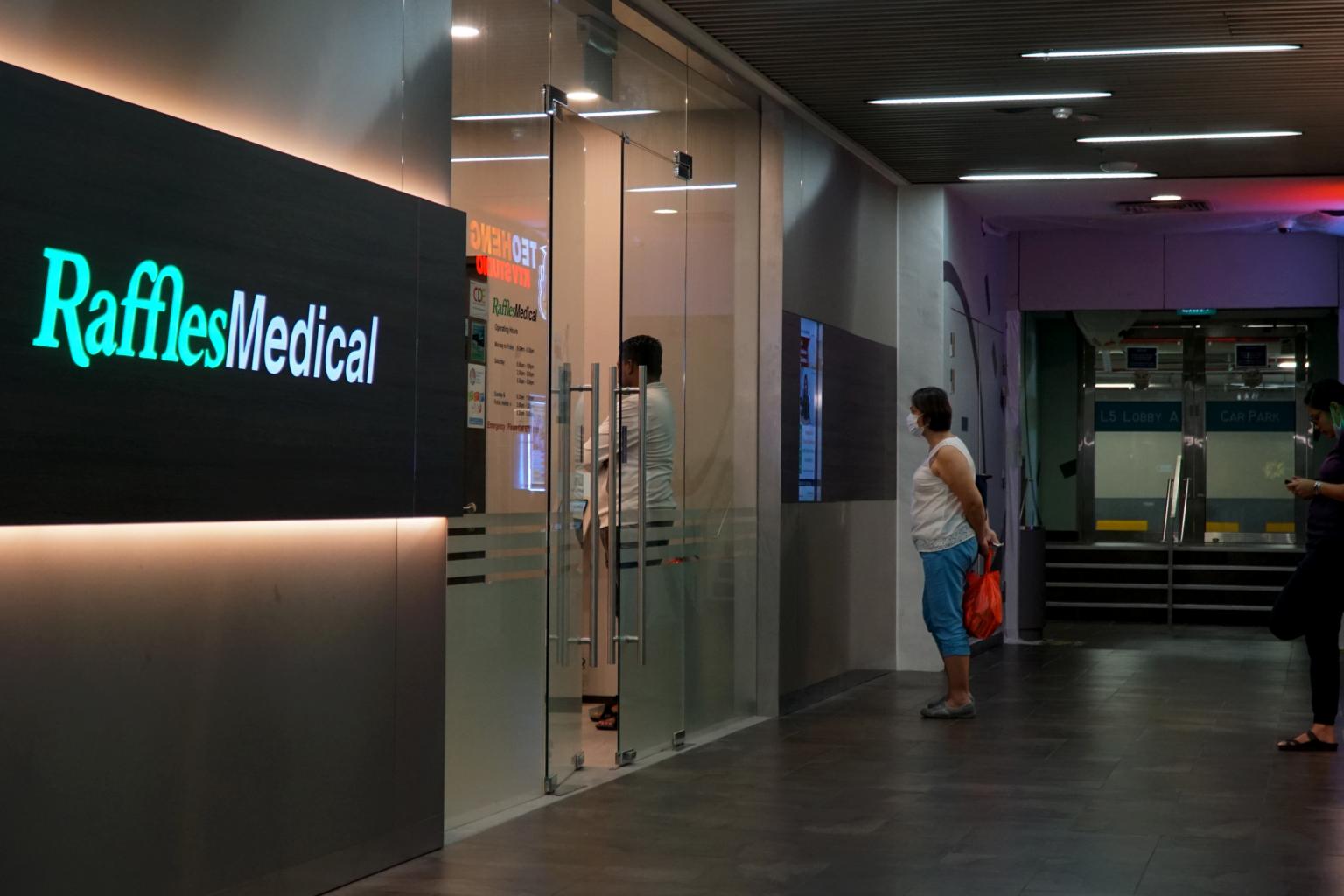 “This is part of the MOH’s protocol in response to such situations.”

She did not directly respond to ST's queries on whether the flagged case online was a suspected case of the Wuhan virus.

The messages also claimed that the patient had visited another clinic at Woodlands Mart, a neighbourhood centre at Block 768, Woodlands Avenue 6.

In a letter to tenants seen by ST, Frasers Property said that it was notified by Raffles Medical of the suspected Wuhan virus case at 4.20pm on Monday.

The Wuhan virus has reached Singapore's shores. What is the virus and how did it spread to people? https://str.sg/JcWM

Posted by The Straits Times on Thursday, 23 January 2020

“We were notified by Raffles Medical that a suspected patient with (the Wuhan virus) required an escort to the mall’s ambulance pick-up point,” Fraser Property’s centre manager for Causeway Point said.

Frasers has since increased the frequency of cleaning for all common areas and deployed hand sanitisers at common areas.

It has also implemented twice-daily temperature checks for mall management staff and its contractors, and have given face masks to these people.

Ms Josephine Yong, 49, a promoter at Cuckoo, an air purifier shop located about 20m away from the Raffles Medical clinic, was wearing a surgical mask when she reported for work.

She said she has been wearing the mask for the past few days, even before receiving WhatsApp messages from her colleagues about the rumoured Wuhan virus patient on Tuesday morning.

Ms Yong said: “It is better to wear a mask to protect myself and protect other people.

“I think the rumours might affect my business. The restaurant beside is usually quite full at lunch time, but today there are only two tables' worth of customers.”

Also taking precautions was accounts executive Chua Yong Chee, 36, who works at an office near Woodlands MRT station. She intends to avoid Causeway Point following the rumours. "There is no smoke without fire, and prevention is better than cure," she said.

Separately, messages circulating online had also claimed that Woodlands Mart was closed for cleaning on Monday after a suspected case of the Wuhan virus was detected there.

A security guard at Woodlands Mart told ST that he did not see anything out of the ordinary on Monday, and that the rumour was false.

But a staff member at the Central 24-HR Clinic at Woodlands Mart, which allegedly suspected that a patient had the Wuhan virus, told ST the clinic was closed for cleaning and disinfected on Monday. She did not elaborate why.

ST has contacted the Housing Board, which owns Woodlands Mart, and the Central 24-HR Clinic group for comment.