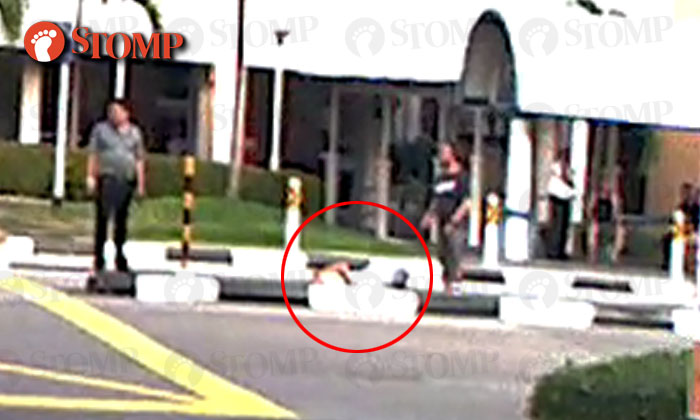 In a video the Stomper sent, a man believed to be the driver of the red car can be seen checking on the victim.

The latter seemed to be in pain on the road divider, but was still conscious. Lim described him to be a male Chinese in his 30s.

The Stomper is unclear what happened thereafter, but saw an ambulance when he returned to the scene.

In response to a Stomp query, an SCDF spokesperson said that the victim refused conveyance to hospital.

"This junction is prone to accidents.

"It is a real challenge for drivers leaving the carpark near Block 441."

Related Stories
Driver jams on the brakes to avoid running over school kids running across road at Yishun
Driver forced to jam on the brakes after primary school kid runs across busy road
Jaywalker left with bleeding cheek and nose after getting hit by van at MacPherson Rd
More About:
accident
jaywalk
ambulance
scdf
Pasir Ris