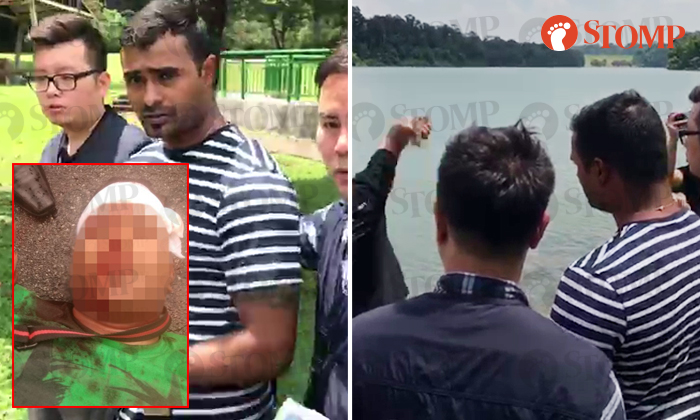 One of the seven suspects in the slashing incident that occurred along 202 Serangoon Road was brought back to Lower Peirce Reservoir on Thursday afternoon (July 26), where he is believed to have discarded a samurai sword used in the attack.

Arjun Retnavelu, who had restraints on his arms and legs, arrived in a police van with five officers at around 1pm. 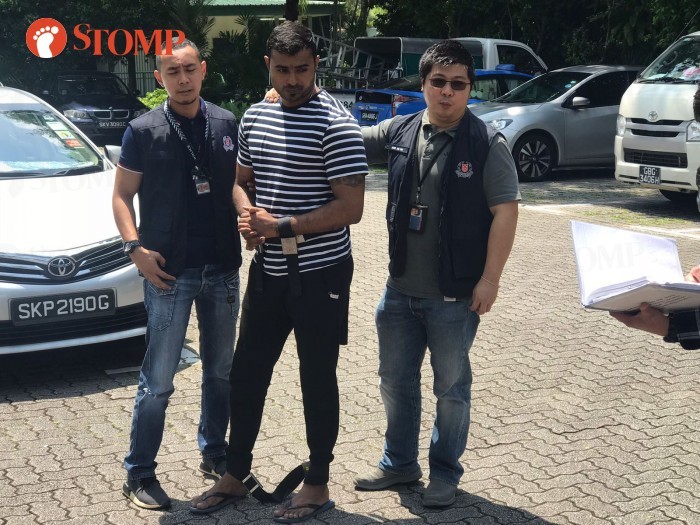 Stomp understands that the sword, which was wrapped in an orange cloth, had been thrown into the waters of the reservoir at around 4pm on Wednesday (July 25) after the attack on a 27-year-old Singaporean man. 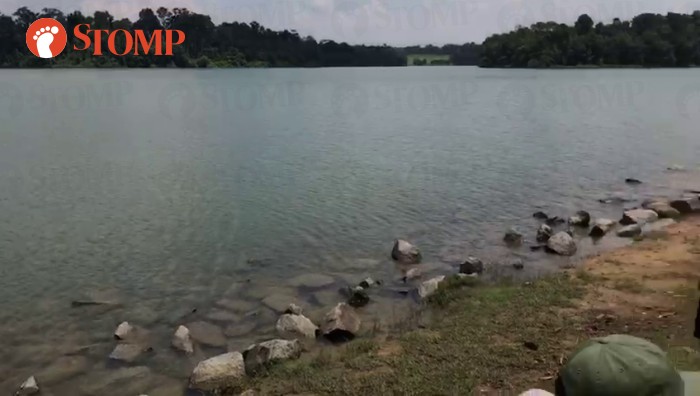 A kitchen knife had also been used in the incident.

It was earlier seen lying on the ground at a bus stop in front of Broadway Hotel, where the slashing is understood to have occurred. 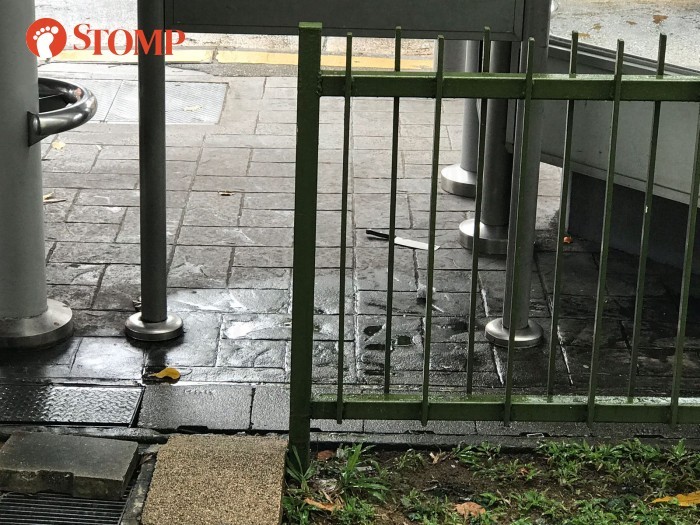 Seven Singaporean men, aged between 17 and 28, were arrested in the vicinity of Corporation Road and Block 26 Sin Ming Industrial Estate.

Arjun was understood to be among the six people apprehended at about 6am at a unit in Sin Ming Industrial Estate. He was reportedly drunk at the time.

Stomp understands that commercial divers are currently trying to retrieve the samurai sword from the reservoir.